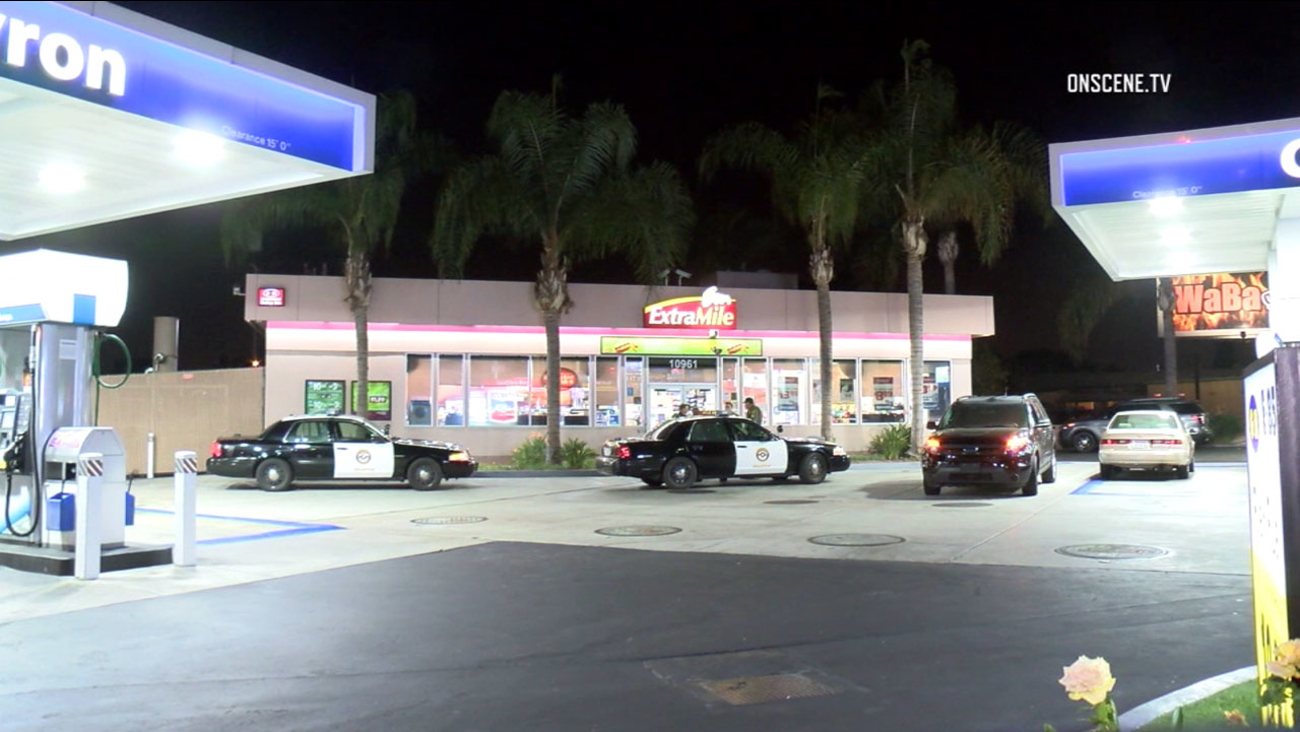 Authorities surrounded a Chevron gas station in Stanton after a man was suspected of "casing" it for a possible robbery on Wednesday, Oct. 12, 2016. (KABC)

STANTON, Calif. (KABC) -- Bureau of Alcohol, Tobacco, Firearms and Explosives agents arrested a suspect who they say is connected to a series of gas station robberies in Orange County.

Agents identified the suspect and were watching him when they said he tried to examine a gas station for another robbery.

The agents approached the man and they said he attempted to flee the scene. The suspect, a man in his late 40s, was arrested around 9:55 p.m. Wednesday at a Chevron station near Katella Avenue and Beach Boulevard.

The suspect has been linked to at least eight other gas station robberies. He is expected to appear in federal court Thursday afternoon in Santa Ana. He could face weapons and armed robbery charges.