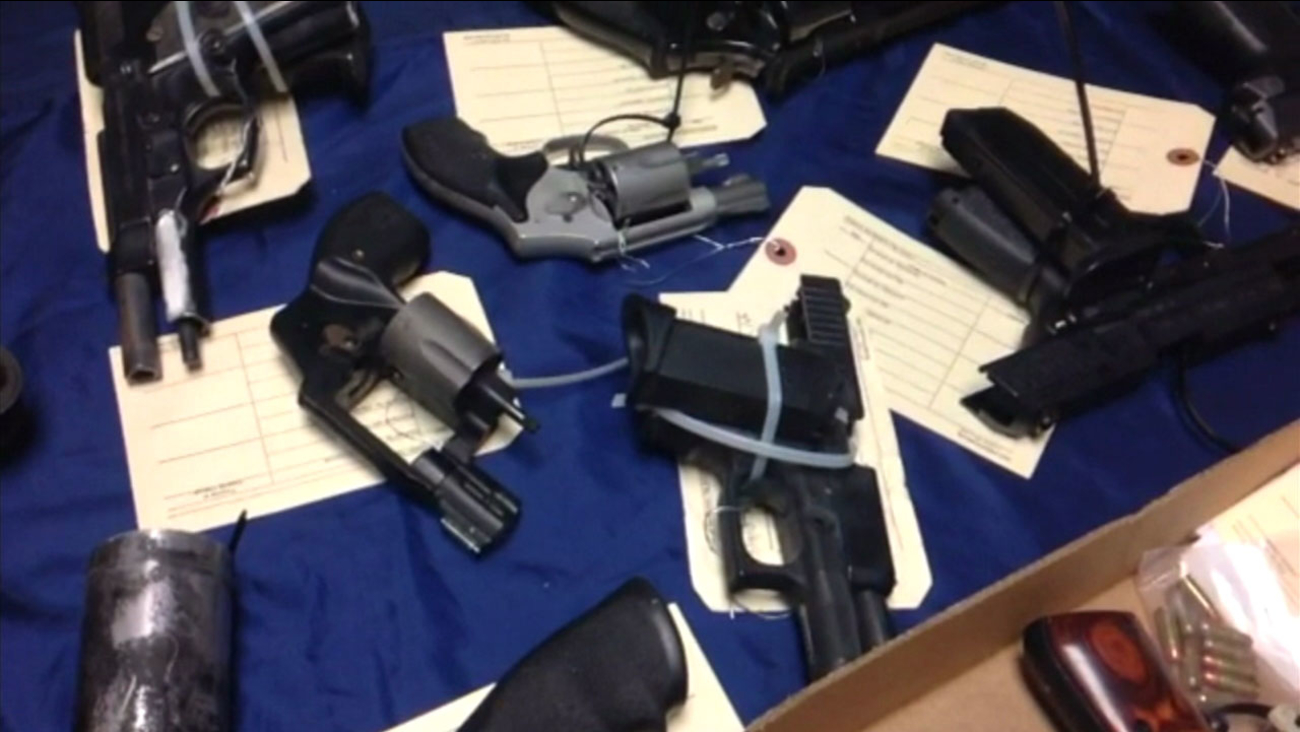 Guns are shown on display in a file photo. (KABC)