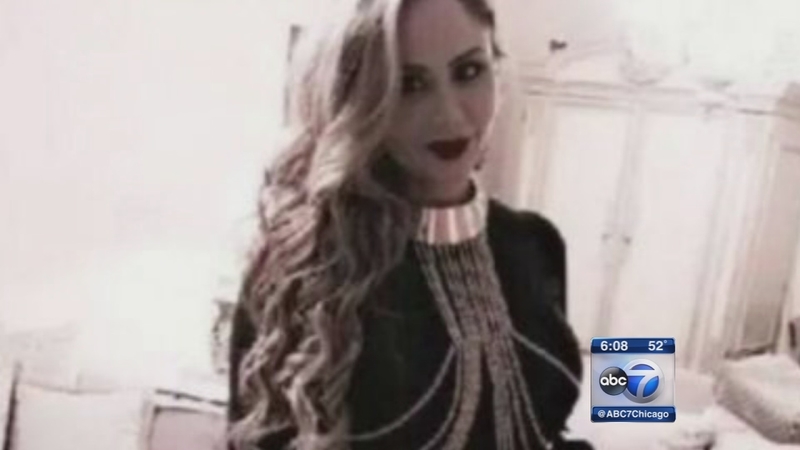 CHICAGO -- The "Baby Doll" drug lord has been busted in Mexico. A fugitive for years, Ana Marie Hernandez operated a cocaine pipeline from El Paso, Texas to Chicago.

The 38-year-old woman was nicknamed "La Muneca," or "Baby Doll," because of her Barbie-like appearance and because of her high-spending, high-fashion lifestyle.

Ana Hernandez was on the run after pleading guilty in 2013 to charges that she oversaw a cocaine operation between El Paso and Chicago with her then-husband, who was working as a U.S. Border Patrol officer.

The U.S. Border at El Paso, Texas, is so porous that drug dealers are known to climb through the fencing to make deliveries.

But beginning in 2004, federal authorities say Hernandez and her husband Daniel Ledezma didn't need to risk cutting through fences to run multi-kilo shipments of cocaine from Juarez, Mexico, into El Paso and into Chicago.

At the time, Ledezma was an officer with the U.S. Customs and Border Patrol Agency in El Paso. Federal investigators say Hernandez would arrange drug shipments and Ledezma would wave through truckloads of drugs at his crossing post.

Ledezma was convicted in 2010 and is now in prison. Hernandez was arrested in Chihuahua City, Mexico, on a fugitive warrant. Now, she is awaiting extradition to Texas, where she pleaded guilty to drug conspiracy and bribing a public official.

According to federal court records, her cocaine trafficking organization supplied dealers in Chicago, St. Louis and Panama City, Florida. An informant told authorities Hernandez spent large amounts of money on a lavish lifestyle, including $30,000 cash for an in-ground pool at her Texas home. In Las Vegas, the informant observed Hernandez spending thousands of dollars on clothing and shoes. In a social media photo, La Muneca is seen posing in front of her closet, accessorizing with a high-capacity rifle.

Now, Hernandez is wearing the drab grey jumpsuits afforded to Mexican prisoners. She was moved to a lockup in Mexico City, where extradition proceedings will be held.

According to federal drug agents, her drug-trafficking group is tied to the Juarez Cartel, which accounts for only a small portion of the total street drugs coming into Chicago.