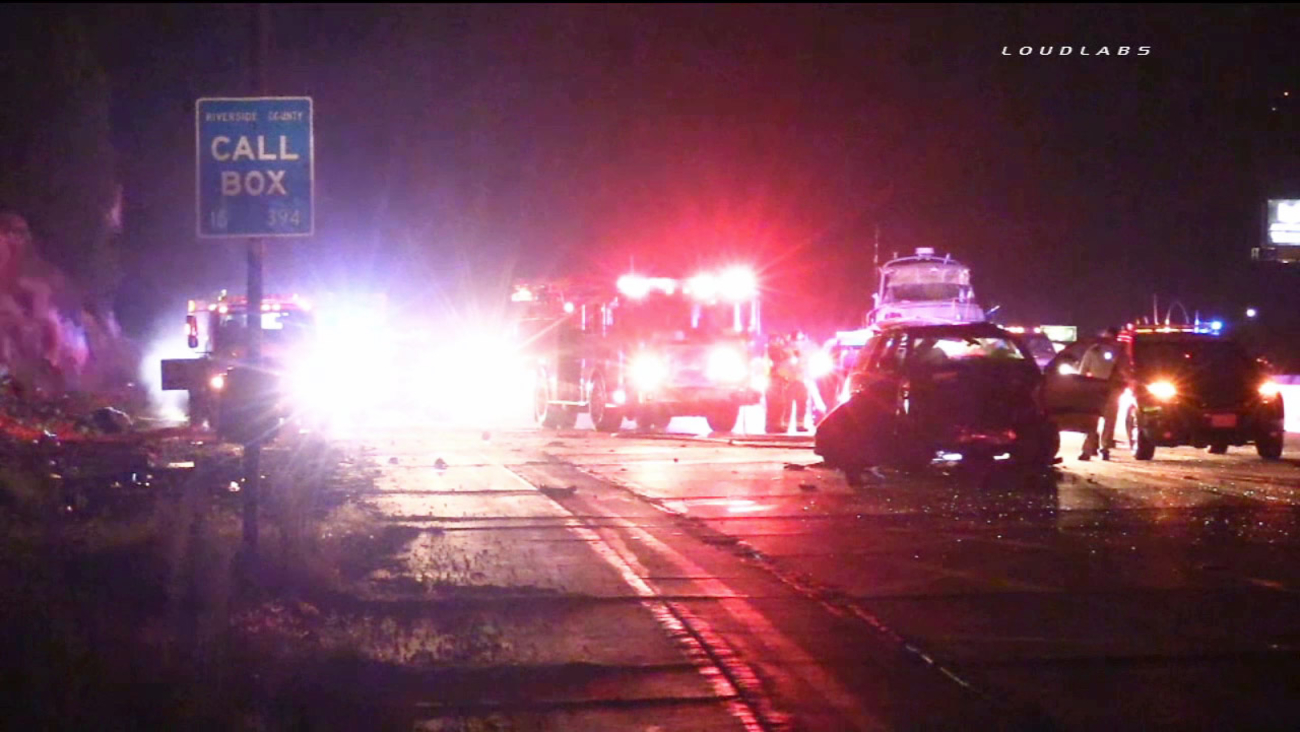 Emergency personnel are shown near the scene of a crash in Corona on Saturday, Aug. 15, 2015. (KABC)

According to California Highway Patrol, 32-year-old Jose DeJesus Ibarra-Espinoza was driving a 2003 Chevrolet Tahoe with 26-year-old Rosio Ibarra and a baby as his passengers along the northbound 15 Freeway Saturday.

Around 5:45 p.m., authorities said Ibarra-Espinoza veered the vehicle off the road for an unknown reason, causing it to crash into a granite embankment.

The force of the collision caused the baby, who officials said was not properly restrained in the rear seat, to be ejected from the car.

Both Ibarra-Espinoza and Ibarra were pronounced dead at the scene. The baby was transported to Loma Linda Medical Center with major injuries but was expected to survive. The baby's relationship to the deceased victims was not clear.

The crash was earlier reported as a possible hit-and-run incident. However, CHP officers said they are trying to determine the cause of the collision and could not confirm it involved a hit-and-run.

The incident was under investigation. If you witnessed the crash or have any information relevant to the case, you're urged to contact the CHP in Riverside at (951) 637-8000.
Related topics:
coronariverside countycar crashtraffic fatalitieschpchild injured
Copyright © 2020 KABC-TV. All Rights Reserved.
RELATED 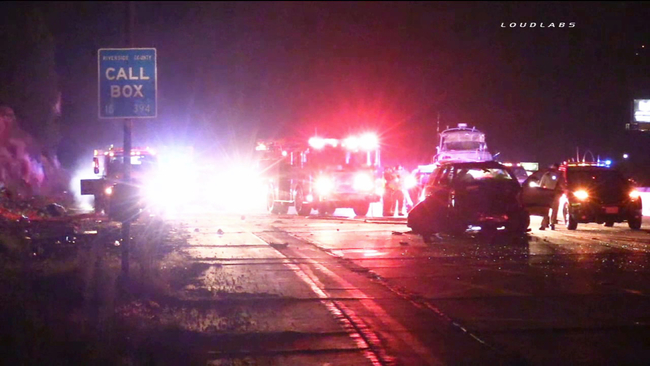