KABC
By Leanne Suter
BELL, Calif. (KABC) -- A non-descript warehouse in the City of Bell once served as an immigration and naturalization office.

The building may soon be revived to serve as a temporary shelter for some of the thousands of Central American children caught crossing the border illegally.

"We want to show them this community is a charitable, compassionate community," Bell Mayor Nestor Enrique Valencia said.

The warehouse, which is owned by the Salvation Army Bell Shelter, would house about 150 kids from 6 to 18 years old who would be housed for 30 days before being deported, Valencia said.

Federal funds would pay for the renovations needed to bring the building up to date, Valencia said.

Valencia entered the U.S. illegally from Mexico when he was four in a van filled with piatas. Now, a U.S. citizen, Valencia feels housing the children is a humanitarian issue.

But that feeling is not shared by the hundreds of protesters who gathered in Murrieta earlier this week, blocking buses carrying dozens of undocumented immigrants to be processed for deportation.

Given the hostility surrounding the immigration debate, Valencia worries what a temporary shelter could bring to their tiny city.

"I have some concern to that, but I believe that for everyone who doesn't understand what this really means, there's hundred more who do," Valencia said. 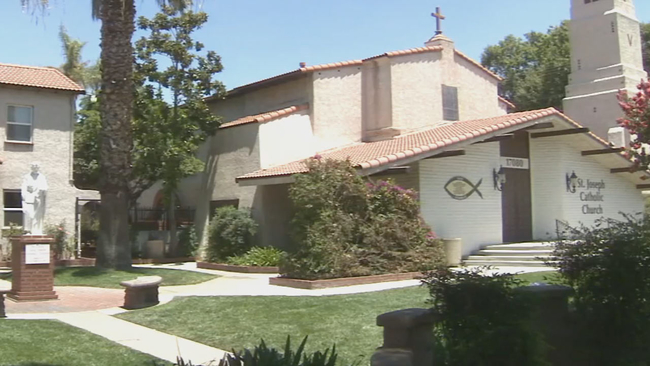 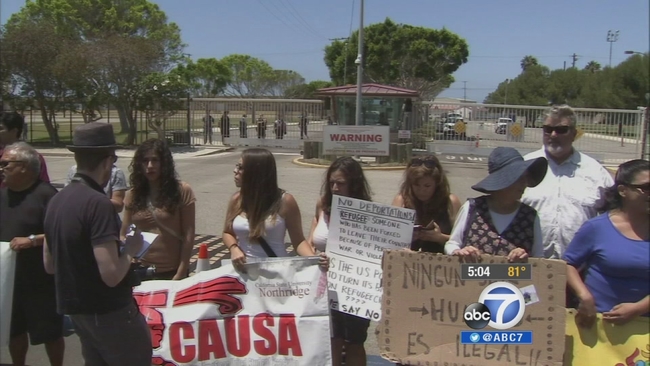 Supporters of immigrant kids gather at naval base