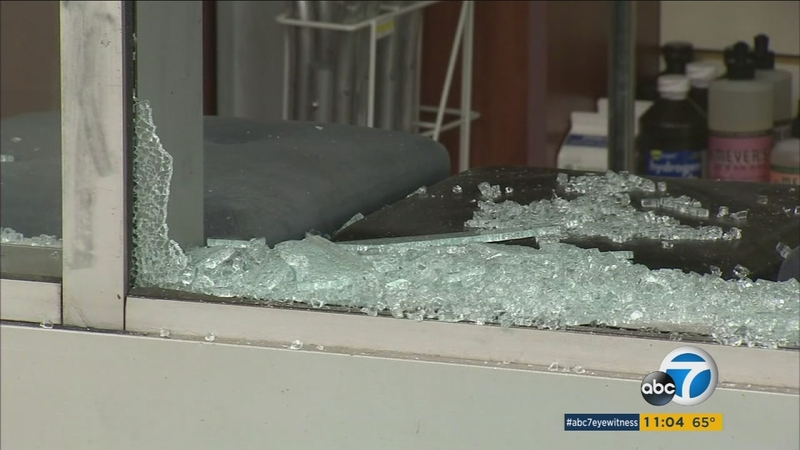 BEVERLY HILLS, Calif. (KABC) -- Beverly Hills police spotted two men breaking into a pharmacy and jumped into action to bring them into custody on Tuesday.

Shattered glass covered the sidewalk outside Pharmacy 90210. It was one of two pharmacies burglarized around 4 a.m.

The second occurred just around the corner at the Mickey Fine Pharmacy. In this case, police said the suspects used a crowbar to break in through the front door.

Sgt. Max Subin of the Beverly Hills Police Department said the suspects were targeting controlled substances, and this is the sixth burglary of its kind in Beverly Hills since January. Subin said they're typically after Codine and other "schedule-one narcotics."

The suspect's attempted getaway this time around, however, wasn't as well timed. They were spotted by a police officer on patrol in the right place at the right time.

"I imagine in their line of work they thought no one would be there," Subin said. "We're very thankful our officer was driving down that street and observed them coming out of the pharmacy."

Though it didn't end there. The suspects took off running across Wilshire Boulevard, hiding inside a Neiman Marcus parking structure.

A police K-9 was able to get the first suspect to surrender within 30 minutes, and the second was then located some three hours later.