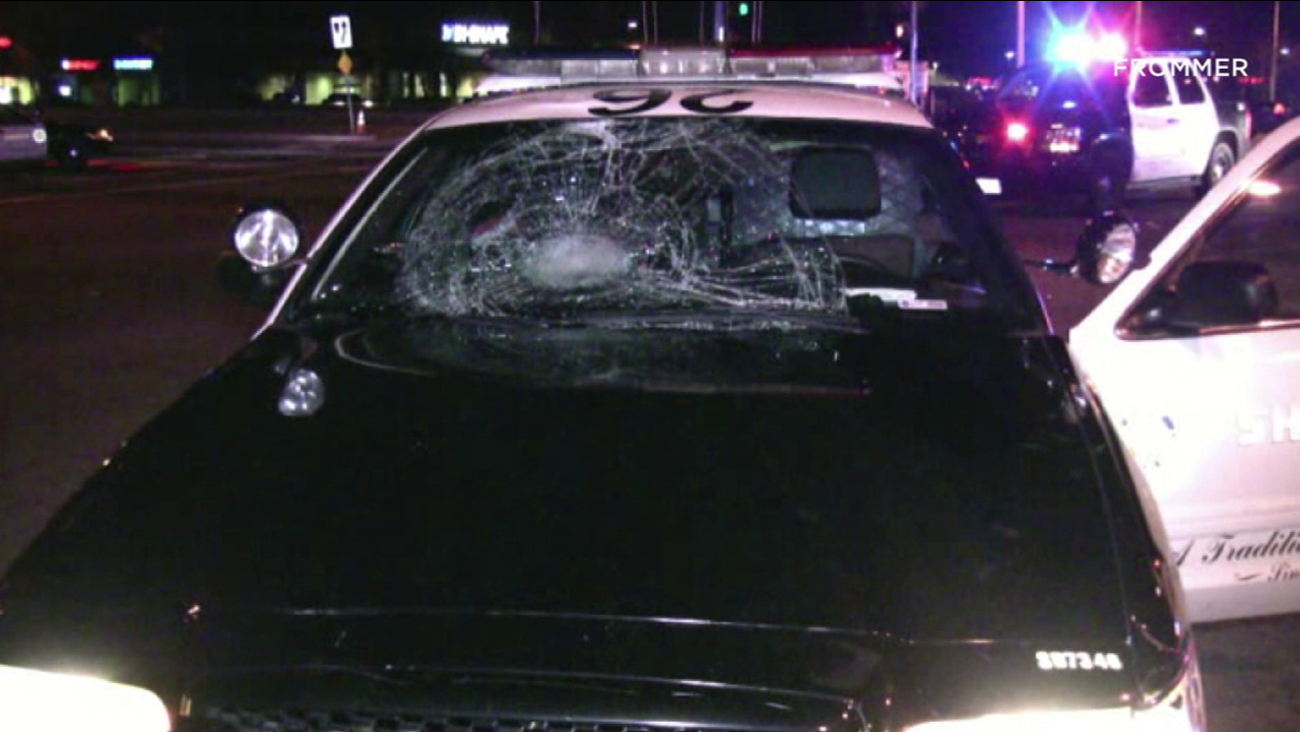 The windshield of a Los Angeles County Sheriff's Department patrol vehicle was shattered in a collision involving a bicyclist Wednesday, Jan. 4, 2017. (Frommer)

Two deputies were traveling northbound on 47th and the teen was heading eastbound on Avenue S at the time of impact.

According to the sheriff's statement, the deputies had a green light as their vehicle entered the intersection.

"The bicyclist entered the intersection against a red light," the news release said. "When he traveled in front of the patrol vehicle, the deputy was unable to stop in time and collided with the bicyclist."

Suffering from multiple injuries, the boy was transported to a hospital where he was listed in serious condition, investigators said. The deputies were uninjured.

The sedan's windshield was shattered in the crash.