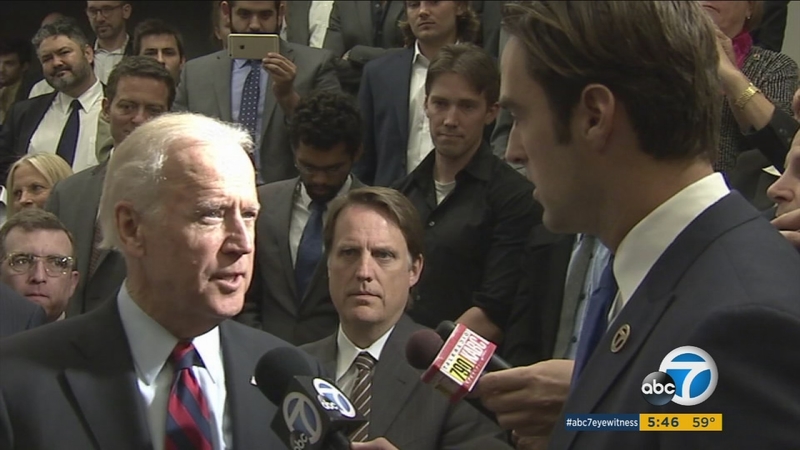 LOS ANGELES (KABC) -- Vice President Joe Biden was in Los Angeles, appearing at a technology conference in the afternoon.

But Mayor Eric Garcetti's Los Angeles Cleantech Incubator event was overshadowed by the recent horror in Paris as Biden spoke publicly for the first time after the terror attacks.

"We are with France. It goes beyond our condolences. We are sharing intelligence, we are fully engaged with our French brothers and sisters. There's one thing we want you to know. We will prevail," Biden said.

The vice president told the crowd that the attacks should not fundamentally change the way Americans live their lives.

"The moment we give in and change anything about the openness of our society is the moment they win," Biden stated.

As discussions swirl about the nation's next move, Biden said he spoke with President Barack Obama on Monday.

The president spoke at the G-20 Summit in Turkey earlier on Monday.

"There have been a few who suggested we should put large numbers of U.S. troops on the ground," Obama said. "It is not just my view, but the view of my closest military and civilian advisers that that would be a mistake."

Biden said the attacks haven't changed perceptions about ISIS, but it will alter America's course of action.

"It will change the strategy. It hasn't changed the way we think about ISIS," Biden said. "What you will see is now, I predict, a considerable more cooperation in intelligence sharing with our European friends who were for a while reluctant to do that and I think you'll see a more concentrated effort among our NATO allies and members of the EU to deal with ISIS in the Middle East." 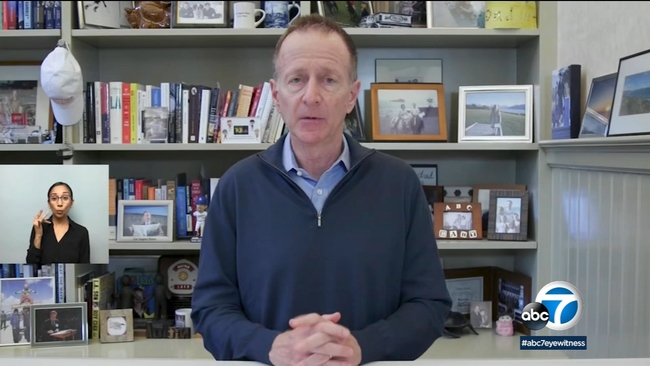