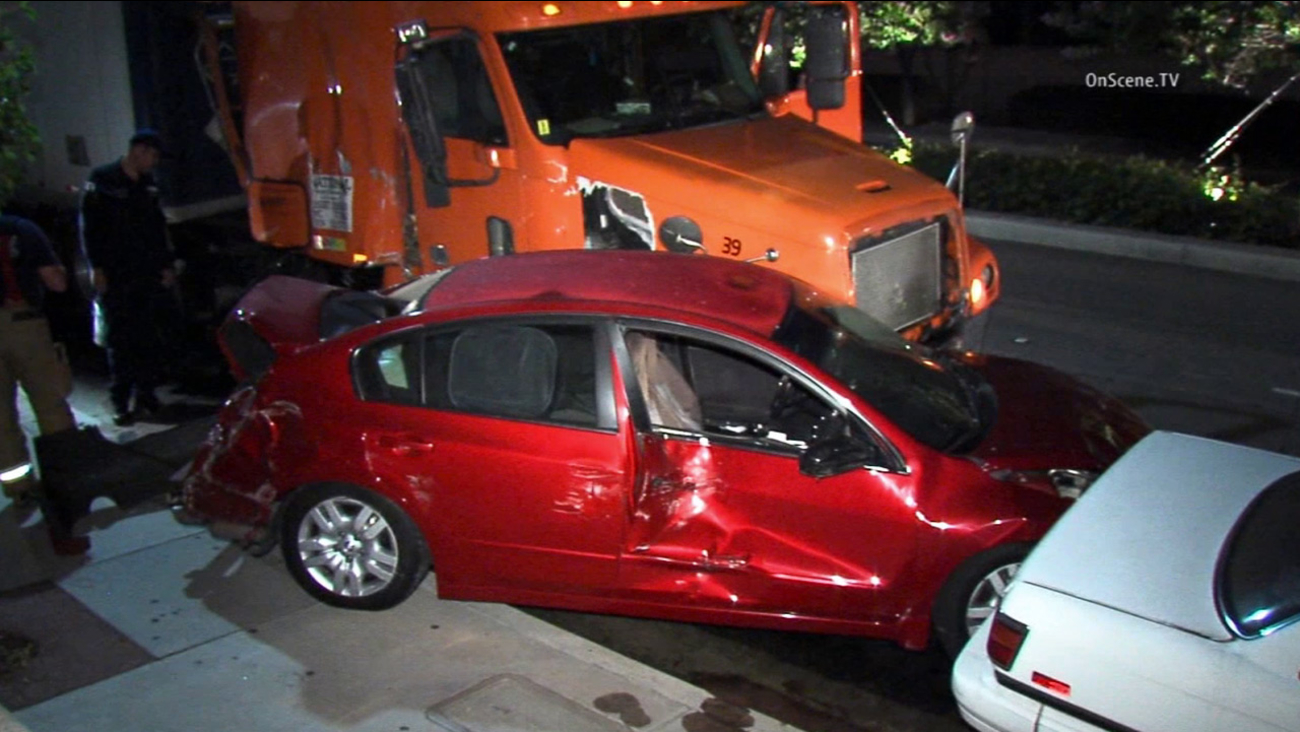 The crash was reported at about 2 a.m. on Birch Street near Poplar Avenue, an area with posted signs restricting commercial traffic. Fuel could be seen leaking from the saddle tank of the big rig.

No one was injured, police said. The big rig driver was arrested on suspicion of driving under the influence

The big rig driver's dog was taken by animal control.