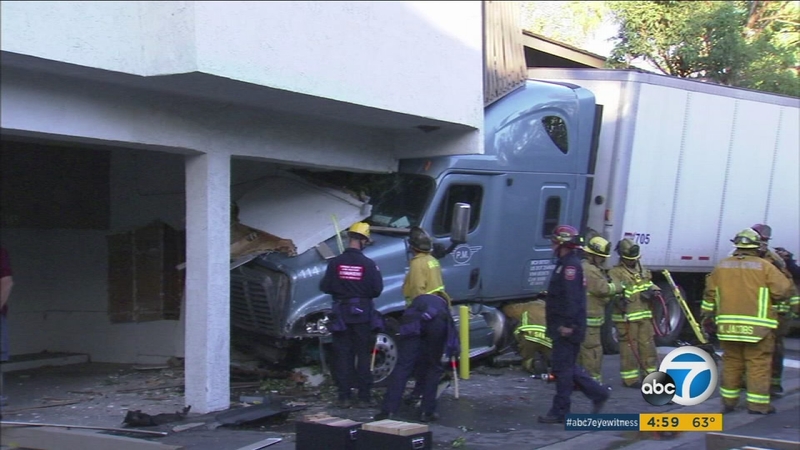 GARDEN GROVE, Calif. (KABC) -- A semi-truck slammed into the side of a two-story apartment building in Garden Grove after exiting an off-ramp from the 22 Freeway on Monday afternoon.

The driver, who authorities said lost control of the vehicle, was transported to the trauma unit at UCI Medical Center in an unknown condition.

A search and rescue crew were on scene trying to stabilize the building where 16 apartments were deemed uninhabitable.

Witnesses said the tenants that lived in one of the damaged units were not home at the time of the crash. One woman said she heard a loud boom when the truck crashed into the apartments.

The incident occurred around 3 p.m. in the 12800 block of Haster Street. Authorities said the truck was exiting the Haster Street off-ramp from the freeway.

No other injuries were reported, and residents were evacuated from the building. The Red Cross set up a shelter for the residents affected by the damage from the crash.

California Highway Patrol and the Garden Grove Police Department were handling the investigation.