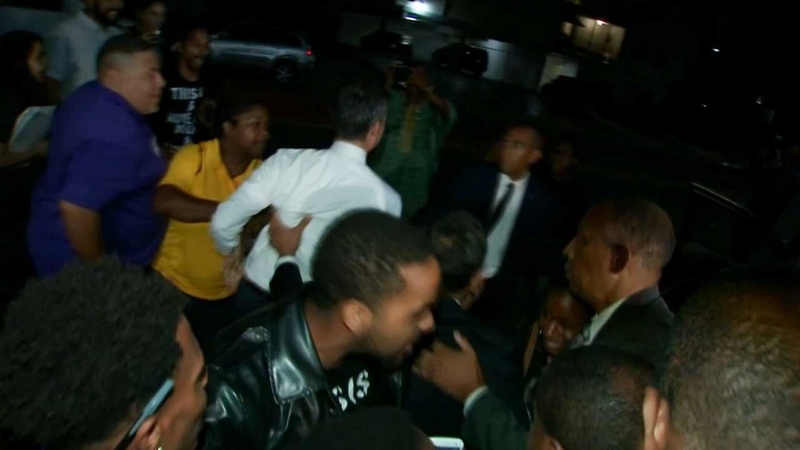 The mayor was set to address a number of issues regarding policy, public transportation and the 2024 Olympics, but the meeting was halted when protesters became aggressive.

Protesters in the audience stood up and turned their backs on the mayor as he spoke to hundreds of attendees, and activists later grabbed Garcetti's microphone during a Q&A session.

The tension then spilled outside the church as several protesters attempted to block Garcetti's car as he left the church. An activist defiantly jumped onto the trunk of Garcetti's car and others could be heard chanting, "Black lives they matter here."

"To engage without civility, without decency and with disrespect was just very disappointing," said Rev. Kelvin Sauls of the Holman United Methodist Church.

Sauls says the majority of the people, nearly 800 who attended, wanted to discuss issues with the mayor and could not.

"Black Lives Matter came to silence the majority of the community and that is not going to happen; it cannot happen," said Sauls.

Eyewitness News asked the mayor about these tactics by Black Lives Matter.

"Disrupting a meeting is an easy thing, but I'm about forging a coalition moving forward," said Garcetti.

Community activist Najee Ali was also at the meeting.

"I think it's very unfortunate, it's ineffective, and they're alienating the people in power," said Ali.

Several members of Black Lives Matter attended the police commission Tuesday morning. There was another disruption as one of the commissioners discussed Monday night's event.

"Unfortunately, a small group of protesters, many of whom routinely disrupt our meetings, disrupted the meeting and it had to be cut short," said Police Commissioner Matthew Johnson.

A woman, who was not identified, told Johnson to "stop lying." She was asked to leave the meeting.

"The pastor whose church we were in was shouted down," said Garcetti. "That's not the way to have a constructive conversation, but it doesn't stop me one iota from going forward with the work, and that's what's important."

The Black Lives Matter movement gained national ground after 18-year-old Michael Brown was shot and killed by a white police officer in Ferguson, Missouri. Since then, deaths of other unarmed black males at the hands of law enforcement officers have inspired protests under the "Black Lives Matter" moniker. 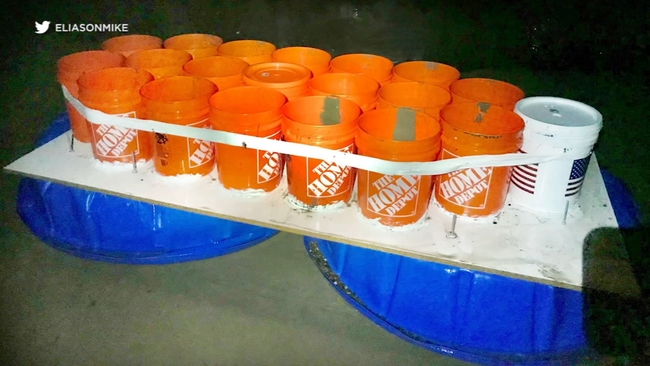