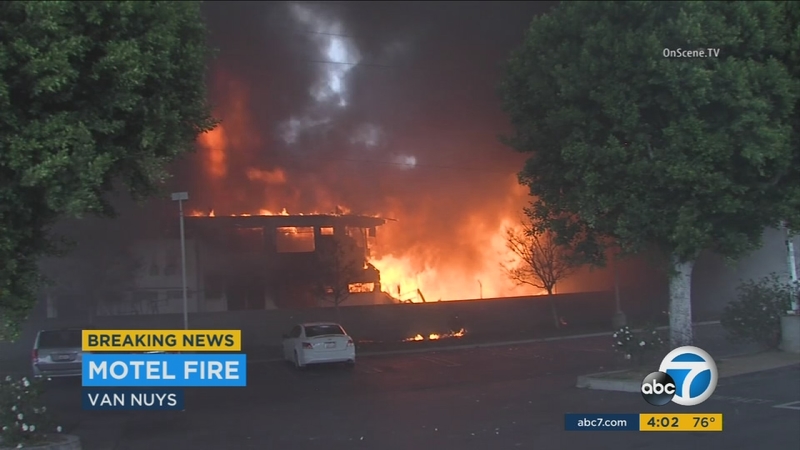 Authorities received a call at about 2 p.m. regarding reports of a structure fire in the 6400 block of North Sepulveda Boulevard in Van Nuys.

Fire officials said the fire sparked at a two-story apartment building that had been converted to the Voyager Motor Inn motel.

The 45,094 square-foot building was originally constructed as apartments in 1964, according to the fire department.

Officials said the motel was closed and vacant at the time of the blaze. Residents in the neighborhood told ABC7 the motel had been closed about a month and they reported to the city that homeless people were staying in the building.

The fire department reported a fire at the same building within the last year. Fire officials said that fire was a case of arson and the blaze on Sunday is also being investigated as a case of arson.

More than 145 firefighters responded to the scene to battle the flames. Parts of the building collapsed and officials said strong winds made battling the fire difficult.

The fire department said it's believed that there were multiple areas of the building set on fire. The building will most likely be a total loss, according to authorities.