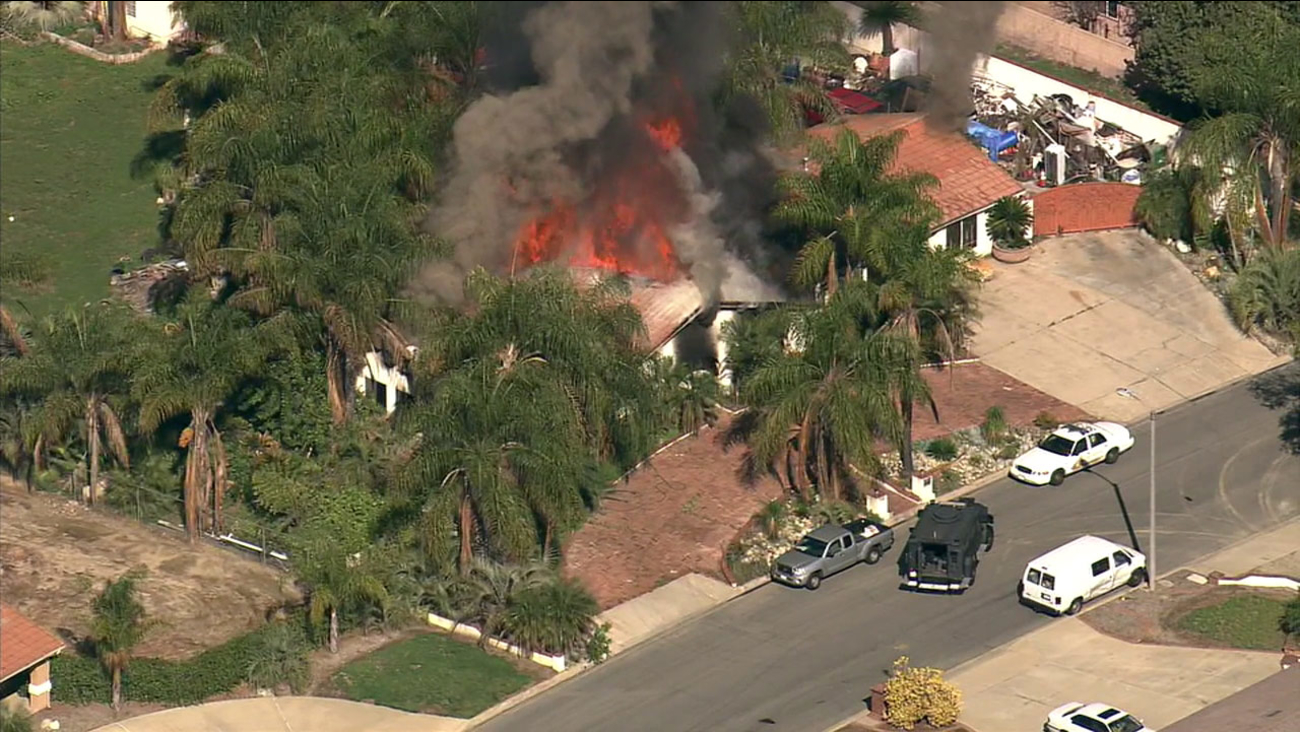 A house erupts in flames during a standoff in Chino on Wednesday, March 9, 2016.