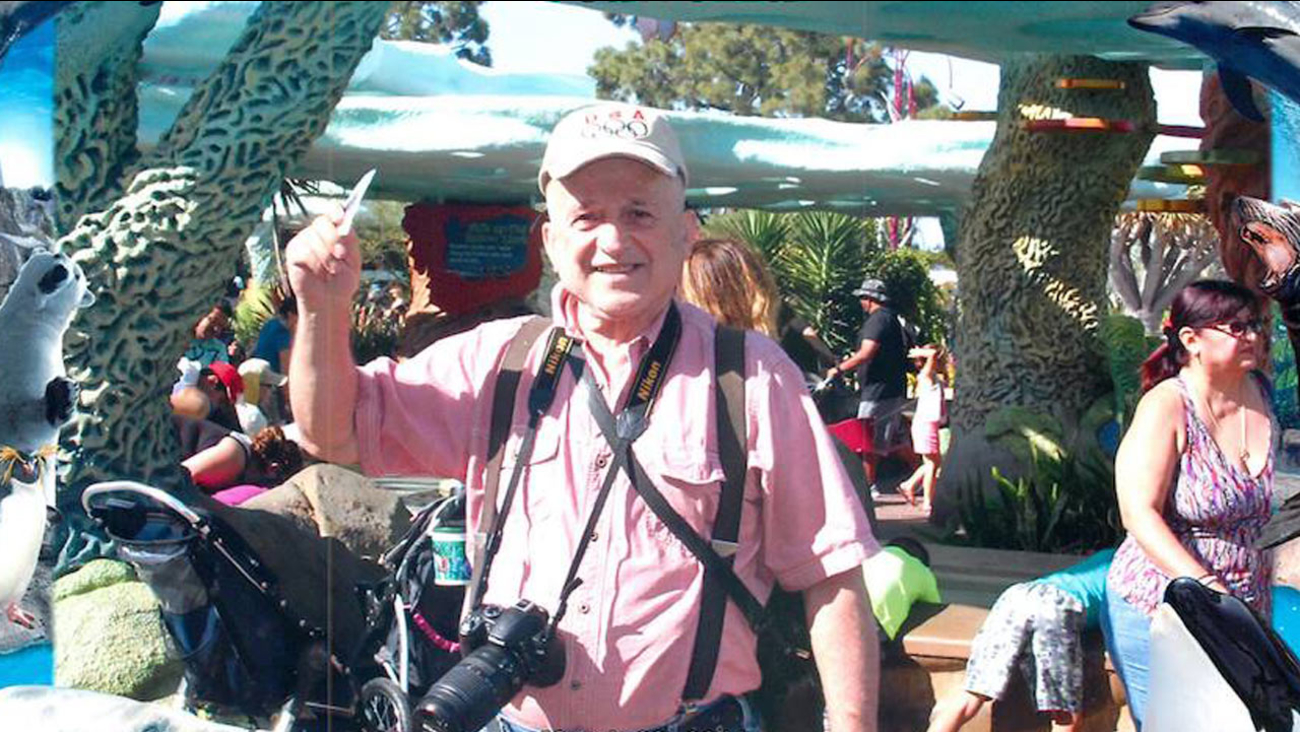 Nickolaos Christidis, 76, is shown in a photo from Sea World in San Diego on March, 29, 2015. (facebook.com/OceansidePD)

LANCASTER, Calif. (KABC) -- A 76-year-old man suffering from dementia, who was reported missing in Oceanside in mid-July, was found dead in an unincorporated desert area in the Antelope Valley Saturday morning.

Christidis was reported missing on July 23 and his last known whereabouts were near Rosamond. That morning, Christidis spoke with his ex-wife, telling her he was in Escondido and would be home soon. When he did not return home, his daughter called him and he told her he was in the desert.

When his daughter attempted to call him later that evening, he did not answer his cellphone. Authorities traced the call and found that Christidis was in an area between Palmdale and Lancaster.

His body was found less than a mile away from his car, which was stuck in a sand area that is not visible from the nearby roads. Authorities said there were no indications of foul play.