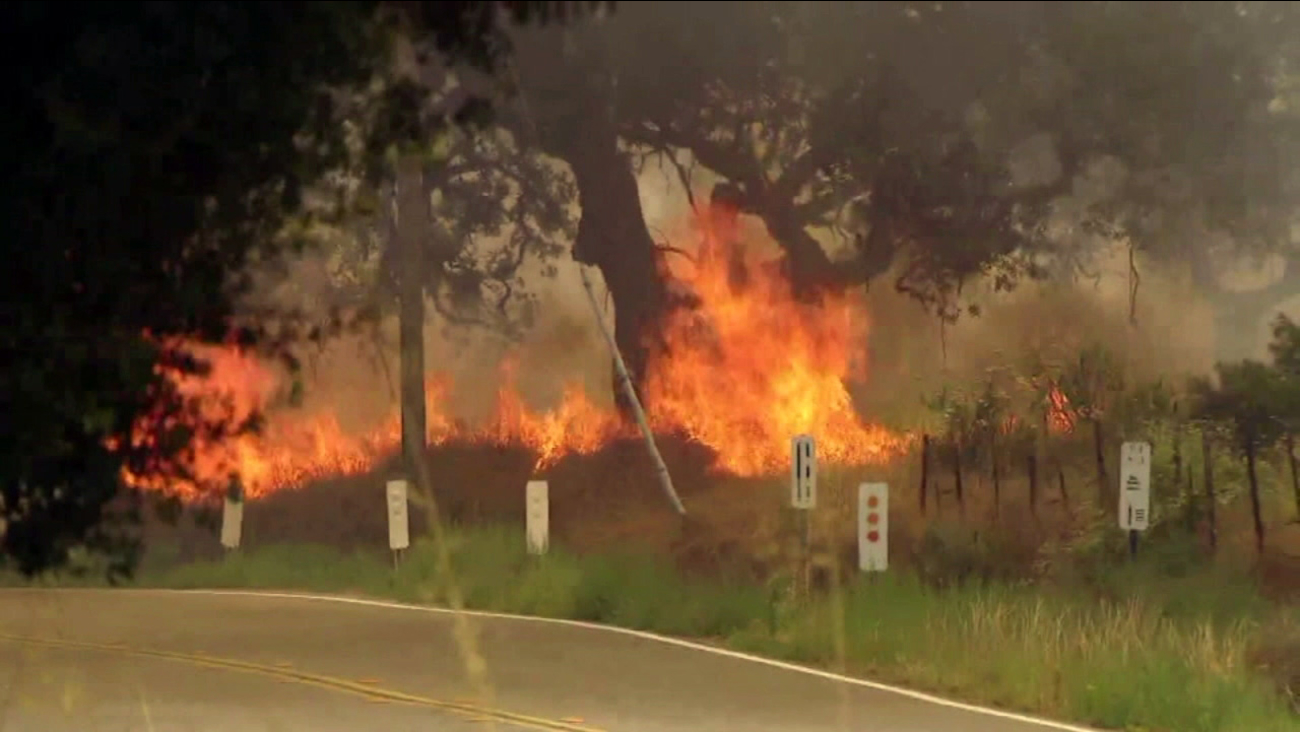 Crews battled a massive brush fire near the California and Mexican border on Sunday, June 19, 2016.

Cal Fire officials said the blaze broke out at about 11 a.m. north of the Tecate Junction.

Authorities said the Border Fire burned about 1,500 acres of brush and continued to grow.

More than 200 firefighters were dispatched to battle the flames from the ground and air.

About 75 residents in the Potrero area were under a mandatory evacuation order.

Route 94 was closed from Route 188 to Potrero Valley Road due to the Border Fire.

The latest numbers indicated 5 percent of the fire was contained. According to fire officials, four out-buildings had burned and one firefighter was injured battling the blaze.