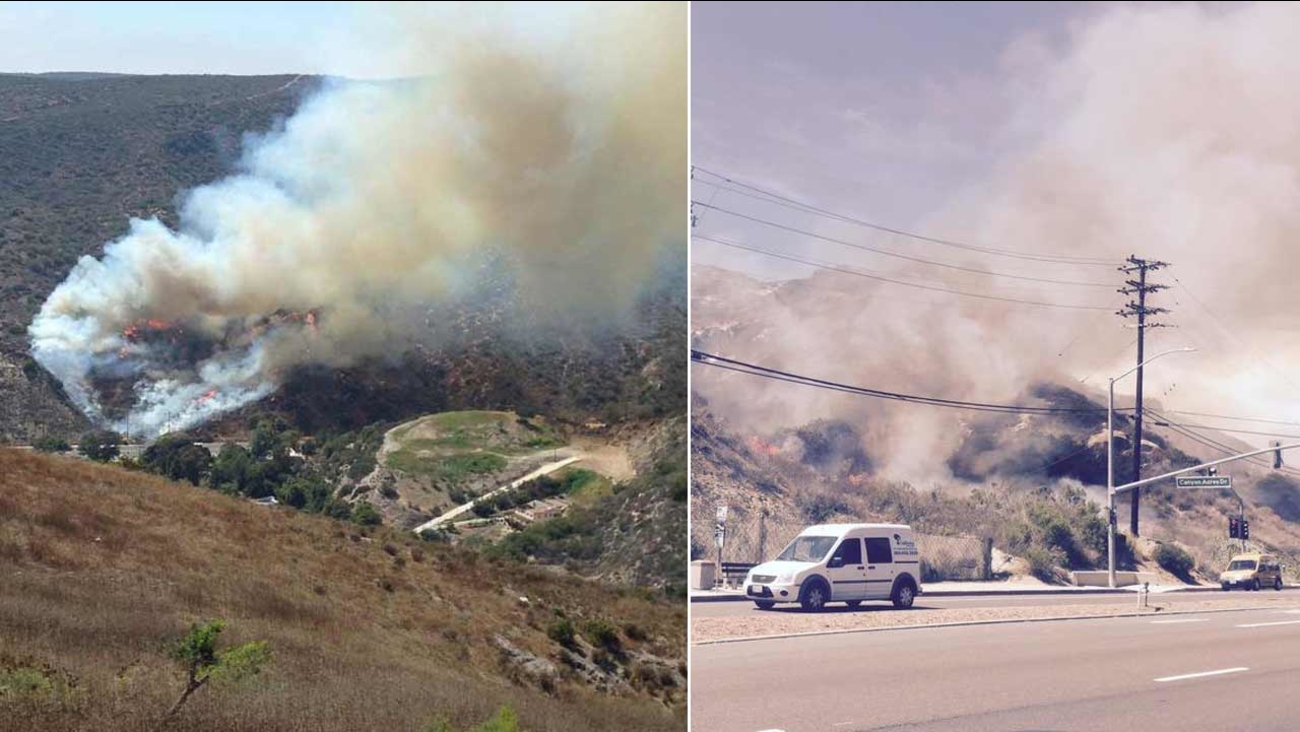 A brush fire erupted in the 1900 block of Laguna Canyon Road in Laguna Beach Friday, July 3, 2015. (Luke Smialowicz and https://twitter.com/BuyLagunaBeach)

The fire, which burned 12 acres, was knocked down at about 5:30 p.m., Orange County Fire Authority spokesman Capt. Tony Bommarito said.

One lane is open in each direction on Laguna Canyon Road. State Route 73 has reopened in both directions.

Residents were advised to shelter-in-place in the area of Arroyo and Canyon Acres drives due to downed power lines. Crews have since deactivated the power lines.

No homes were threatened. One firefighter suffered an ankle injury and was transported to a local hospital for treatment. He's expected to make a full recovery.