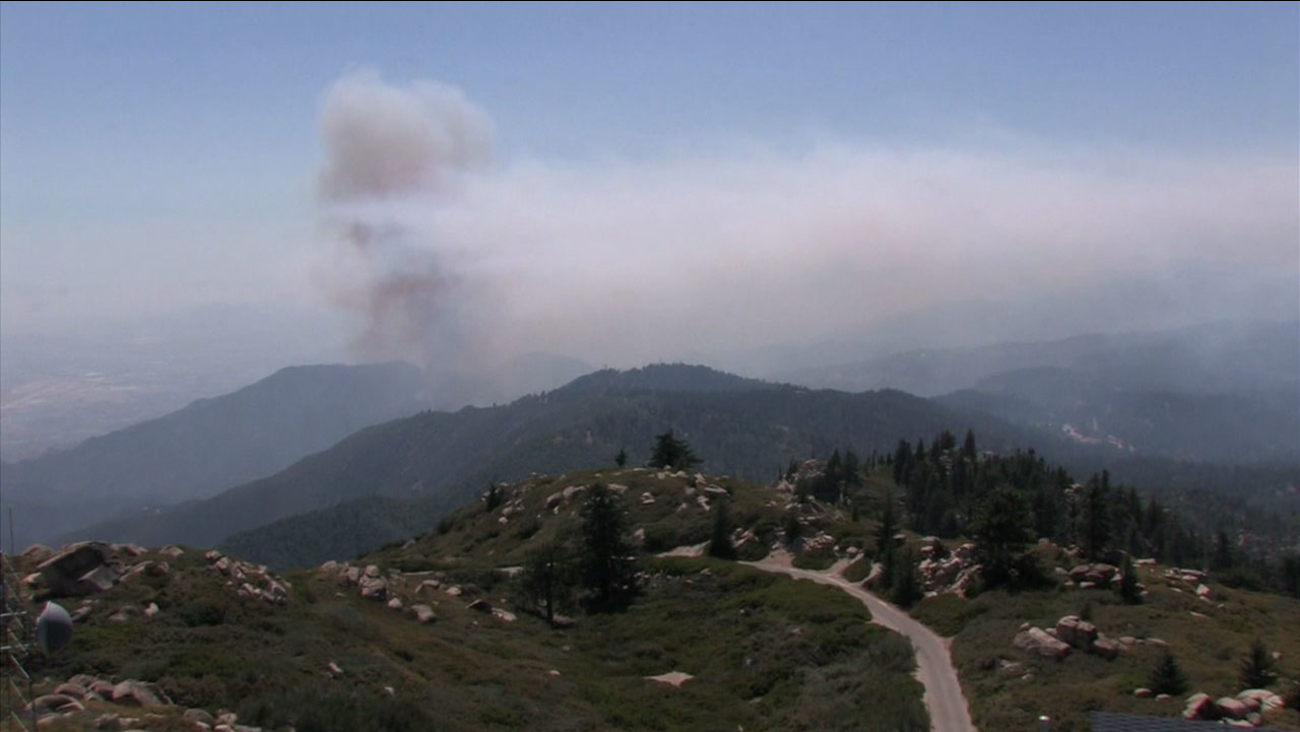 A plume of smoke billows over a hillside where a brush fire burns southwest of Running Springs on Saturday, July 22, 2017. (KABC)

The blaze started around 1:35 p.m. in the area of Highway 330 and Old City Creek Road, authorities said.

The fire burned about 15 acres at first. It was spreading at a moderate rate of speed, eventually charring 85 acres, according to firefighters. Initially the estimated acreage was around 120, but was later reduced.

One large air tanker and several helicopters were dispatched to conduct water drops, while about 150 local and Cal Fire firefighters worked on the ground.

Temperatures in the area reached about 91 degrees with winds moving west. Highway 330 remained open, but drivers were cautioned to be slow and safe when passing through the fire area.