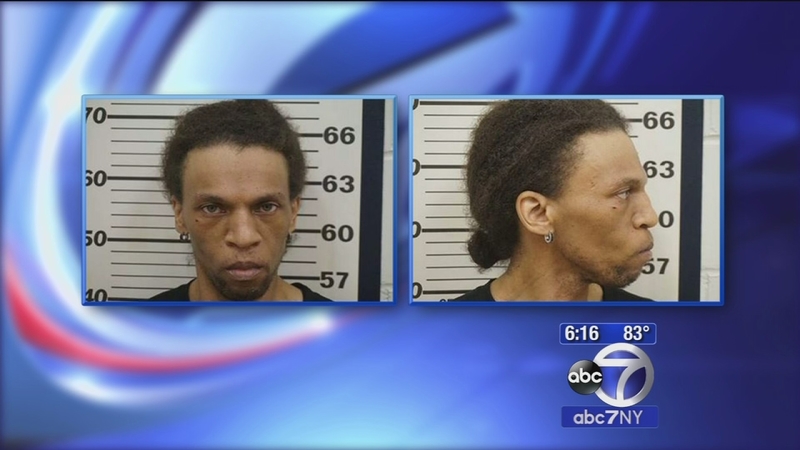 Exclusive: Mom speaks out after daughter's ex breaks into home, hides under bed for days

SPOTSWOOD, N.J. -- Police in New Jersey announced details late Tuesday of a bizarre break-in that took place in May.

Authorities say the suspect, Jason Hubbard, broke into the Adamcewicz home on Ellenel Boulevard in Spotswood and camped out under the bed in a spare room for as many as five days.

Upon arrival, officers came in contact with Hubbard in the home. Police subsequently placed him under arrest for criminal trespass.

"He was hiding upstairs underneath the bed, in my daughter's bedroom," Margaret Adamcewicz said. "He used to date my daughter five years ago...It didn't end well...He didn't say why he came back. He just picked our house to hide out in. He didn't have a home to live in."

Further investigation revealed that Hubbard entered the home through an open door when one resident was taking out the garbage. After entering the house, he proceeded into the spare bedroom, where he stayed under the bed for days. He also began charging his four cell phones using an electric outlet under the bed.

"I haven't heard from him in five years," Margaret said. "I wasn't scared, I was just angry."

Hubbard remained living under the bed in the spare bedroom until her husband heard a noise in the bedroom. When he looked under the bed, he found Hubbard and immediately called police. The couple's 28-year-old son corralled Hubbard until officers arrived.

"I don't think he was eating," Margaret said. "I think he just had water under the bed." When asked what her message would be to Hubbard, she said, "To stay away from this house and never come back."

At the conclusion of the investigation, Hubbard was also charged with burglary and theft of services (electric current). He was transported to Spotswood Police Headquarters, where he was processed.