Two tanks were connected to a tractor-trailer, and the rear tank overturned and caught on fire on the 8th Street on-ramp to the southbound Interstate 5 Freeway. As many as three homes were threatened, according to the L.A. Fire Dept. The threat to structures was cleared, the LAFD said at 3:53 p.m. Flames appeared to be nearly out at 4:10 p.m.

About 4,500 gallons of gasoline spilled from the tanker and leaked into the neighborhood, according to the L.A. Fire Department. Firefighters were able to dike the area and stop the flow.

A hazardous-materials cleanup operation was in progress at 4:30 p.m. and was expected to take at least four hours to complete, according to the LAFD.

No injuries have been reported. The fire damaged one home and one vehicle, according to the LAFD.

It took 157 firefighters 80 minutes to extinguish all vehicle, vegetation and structural flames, according to the LAFD.

Nearby houses were evacuated, according to L.A. Fire Deputy Chief Joe Castro. Extinguishing the fire and removing residents from the area was completed in about 30 minutes, Castro said. 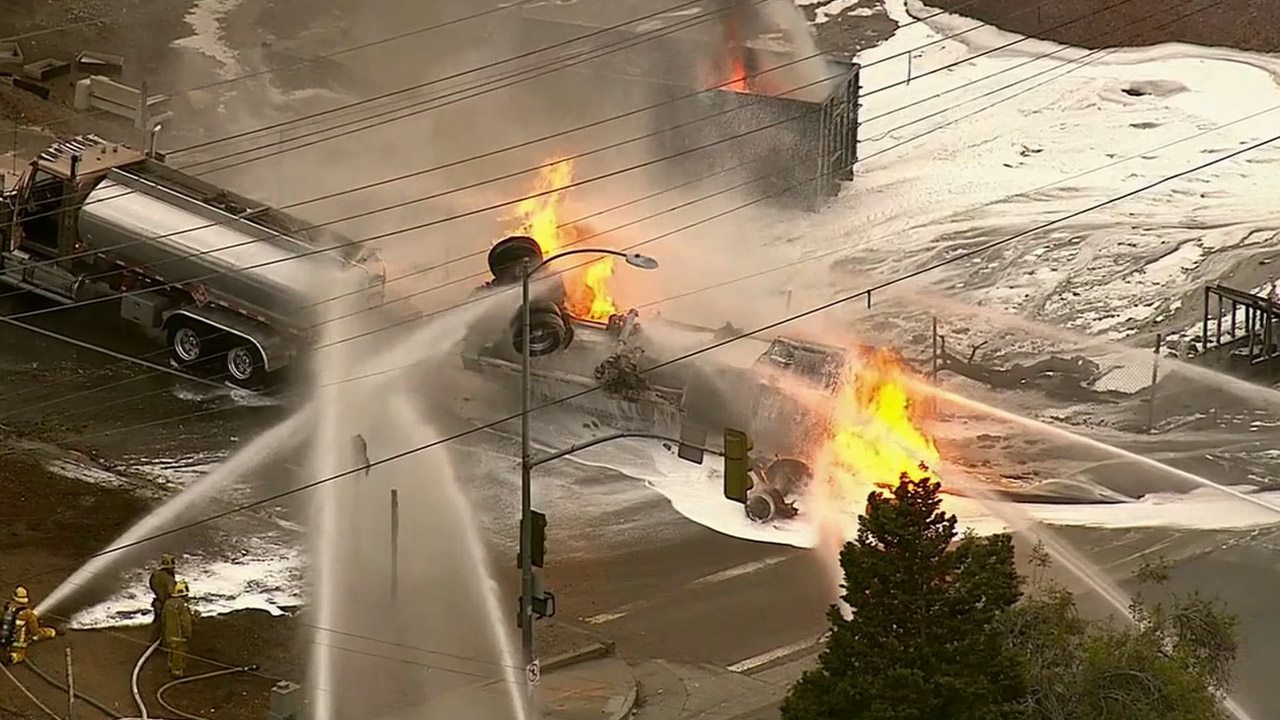 Fuel was running downhill into the neighborhood, presenting a possible hazardous-materials situation. Some of that fuel was burning, damaging a residential triplex at 2689 E 8th St, which sustained significant damage, according to the LAFD.

The cause of the incident was not immediately known. The scene was being investigated. 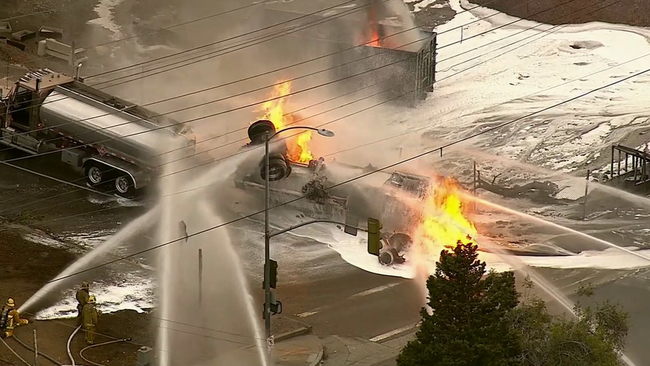