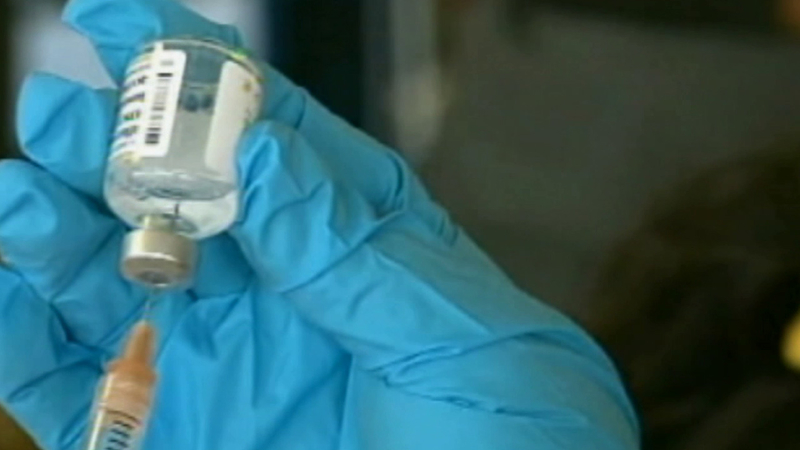 SACRAMENTO (KABC) -- After a nearly hour-long heated debate from lawmakers on both sides of the issue, the state Senate took another step toward requiring vaccines for all children entering public schools in California on Thursday.

State senators approved a proposal that would eliminate the personal and religious exemptions when it comes to vaccines.

"Vaccines are necessary to protect us, but that protection has been eroding," said Sen. Richard Pan, D-Sacramento.

Medical waivers would be available only for children who have health problems. Other unvaccinated children would have to be homeschooled.

Supporters of SB277 say the exemptions endanger lives by allowing preventable diseases, like the measles, to spread.

Critics say the measure ignores parents who have their own reasons for not having their children vaccinated.

"Why is it a religious exemption is so scary to this Senate body?" asked Sen. Joel Anderson, R-San Diego.

Along with religious concerns, some lawmakers expressed concern that vaccines can trigger medical conditions such as autism.

"It's clear that a large portion of concerned parents will likely withhold their children from public schools because of their concerns or lack of comfort from the vaccination process," said Sen. John Moorlach, R-Orange.

Supporters of the bill, which passed on a 25-10 vote, say medical science has debunked those claims.

"This bill protects the rights of all children so they can be safe and be sure to have an education," Pan said.

He joined Sen. Ben Allen, D-Santa Monica, in proposing the bill after a major measles outbreak at Disneyland last December sickened more than 100 people. Many of those who were infected had not been vaccinated.