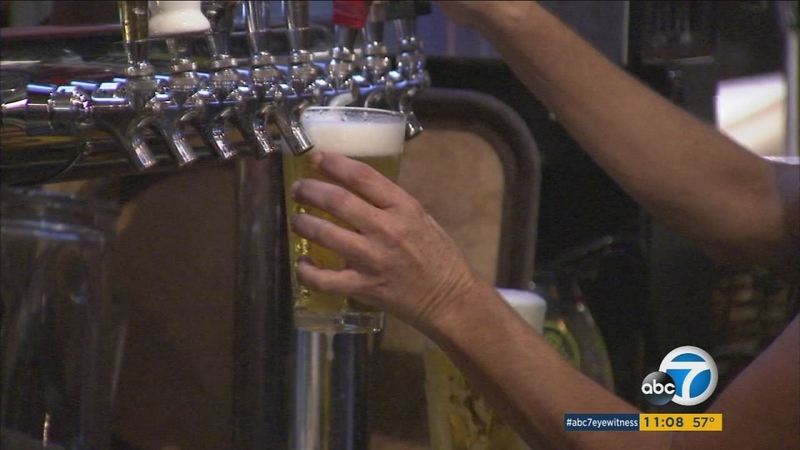 BURBANK, Calif. (KABC) -- Voters could decide to lower the drinking age in California if a new initiative makes the ballot.

Currently, the legal drinking age in the Golden State is 21, which is the federal drinking age established by the National Minimum Drinking Age Act of 1984.

If the proposed measure gains enough signatures and makes it on the ballot next November, it could potentially lower the state drinking age to 18.

The California Attorney General's Office said if the measure passed, the state would lose nearly $200 million in federal highway funds.

The proponent of the measure is businessman Terrance Lynn, who lives in Portola Valley, Calif.

Lynn sees the effort as a civil rights issue, saying 18-year-olds are adults in the eyes of the law. They can vote and fight for their country but can't buy a beer.

The initiative is drawing serious debate among all ages.

"I think it's fine at 21. I think if it was younger, maybe young adults may not make the best choices," 20-year-old Michael Villagomez said.

"I think if we're able to send people to war at 18, they should be able to determine if they can handle alcohol," Burbank resident Lisa Neglia said.

"I think 21 is a great age for drinking because I feel like nowadays people think that just because they're older as in 16, 17 that they feel free to do whatever they want," 17-year-old Rakkell Villagomez said.

"I don't think that's appropriate. It should be 21. There's so many crazy drivers out there as it is, so 21 should be the limit," Burbank resident Monica Lopez said.