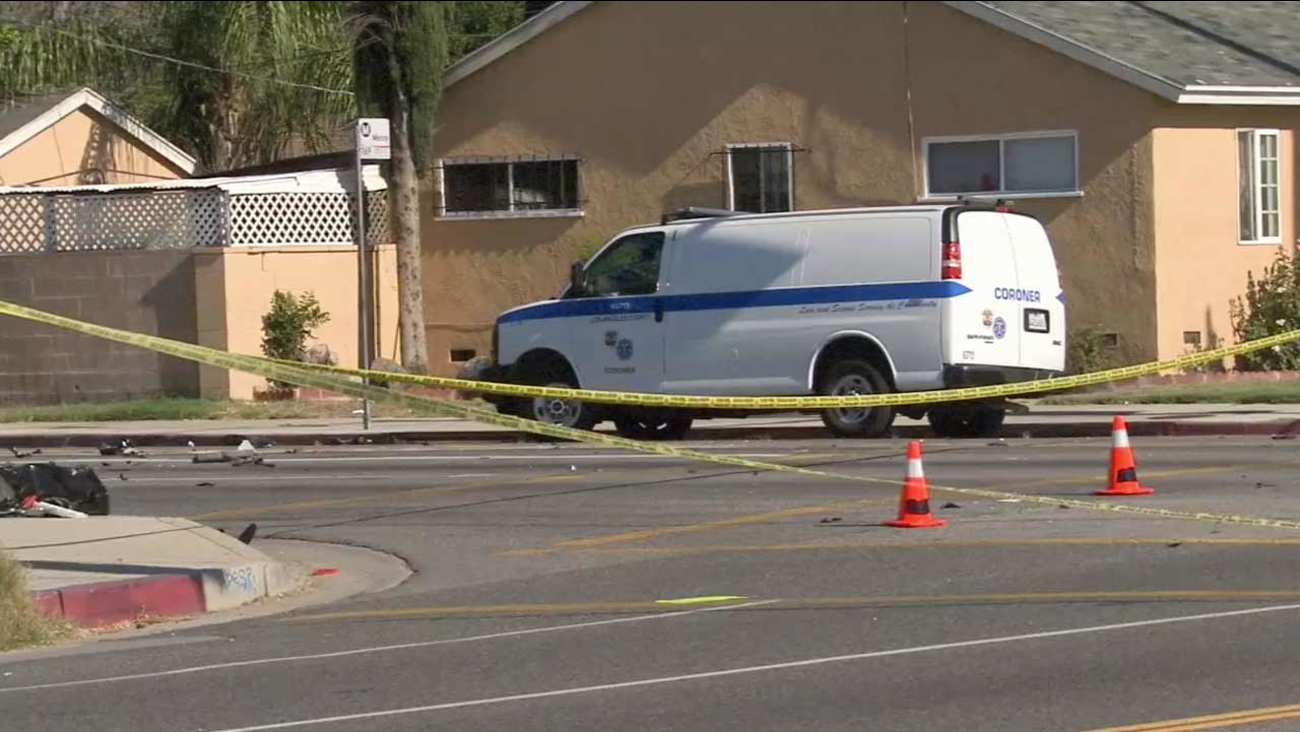 The collision at the intersection of De Soto Avenue and Saticoy Street was reported at about 3:40 a.m., the Los Angeles Police Department's Valley Traffic Division said.

A dark-colored truck, possibly a Ford or Toyota, collided with the motorcycle. The man, identified as 57-year-old Acton resident Keith Dumoif, was pronounced dead at the scene and his female passenger was transported to Northridge Hospital in critical condition.

On Saturday morning, police said they were questioning a person of interest in connection to the crash. The person of interest was later booked for felony vehicular manslaughter and felony hit-and-run. He's being held in lieu of $180,000.

Police said that had the suspect remained at the scene, he probably would not have been arrested.

The investigation is ongoing. Anyone with further information on this incident was urged to contact police.
Related topics:
canoga parklos angeleshit and run
Copyright © 2020 KABC-TV. All Rights Reserved.
More Videos
From CNN Newsource affiliates
TOP STORIES