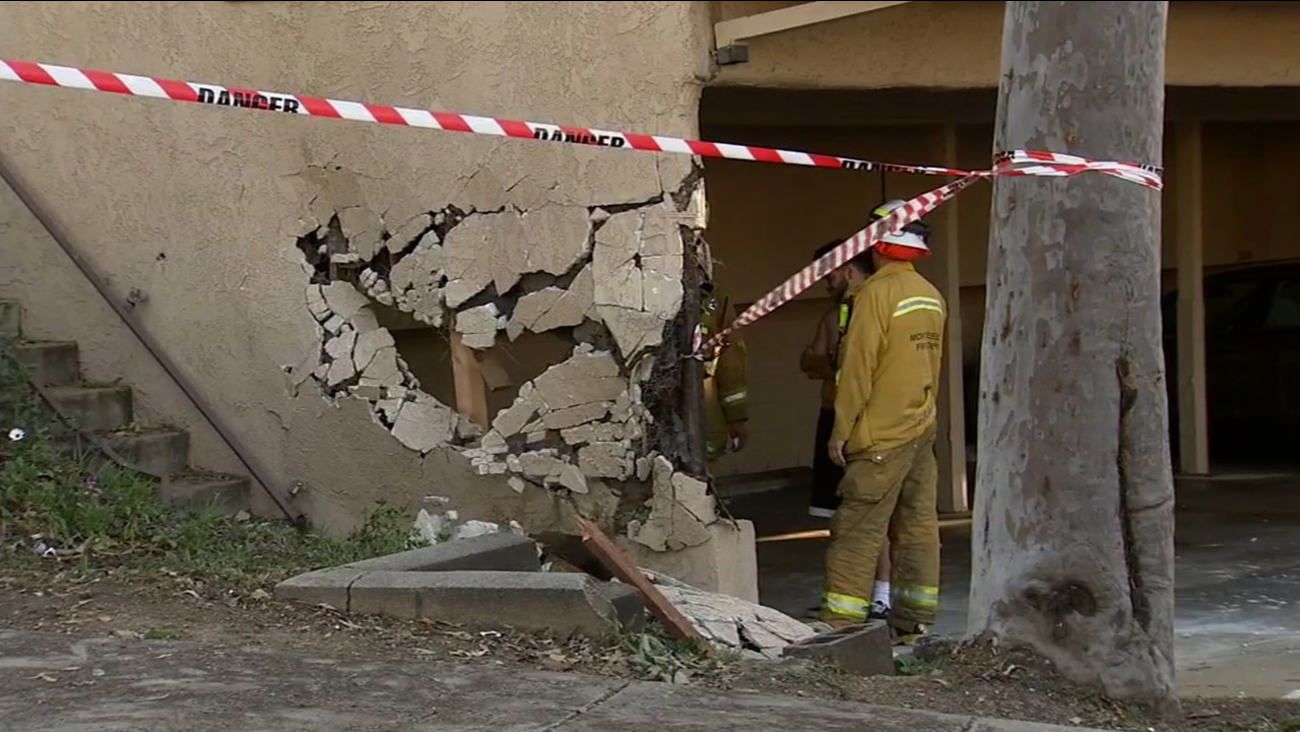 Firefighters examine the damage after a car flew off the road and crashed into an apartment building in Montebello on Sunday, Feb. 15, 2015.

MONTEBELLO, Calif. (KABC) -- A car flew off the side of the road and crashed into part of a parking structure underneath an apartment building in Montebello Sunday afternoon.

The incident was reported at about 2:50 p.m. in the 800 block of North Wilcox Avenue. Driver Chris Gonzalez said he was on his way to his friend's house when a black Honda turned into his lane, causing him to swerve off the road.

"Then my car just spun out. You can see the skid marks and I went flying into the wall," Gonzalez said.

Both Gonzalez and his passenger suffered minor injuries. The Honda fled the scene, Gonzalez said.

Gonzalez's car, a 2011 Honda Accord, was totaled. Twelve apartment units were evacuated due to structural damage.

An urban search and rescue team was called to the scene to shore up the building. A contractor and structural engineer later assessed the building for safety.

None of the apartments were red tagged and all residents were cleared to return home.