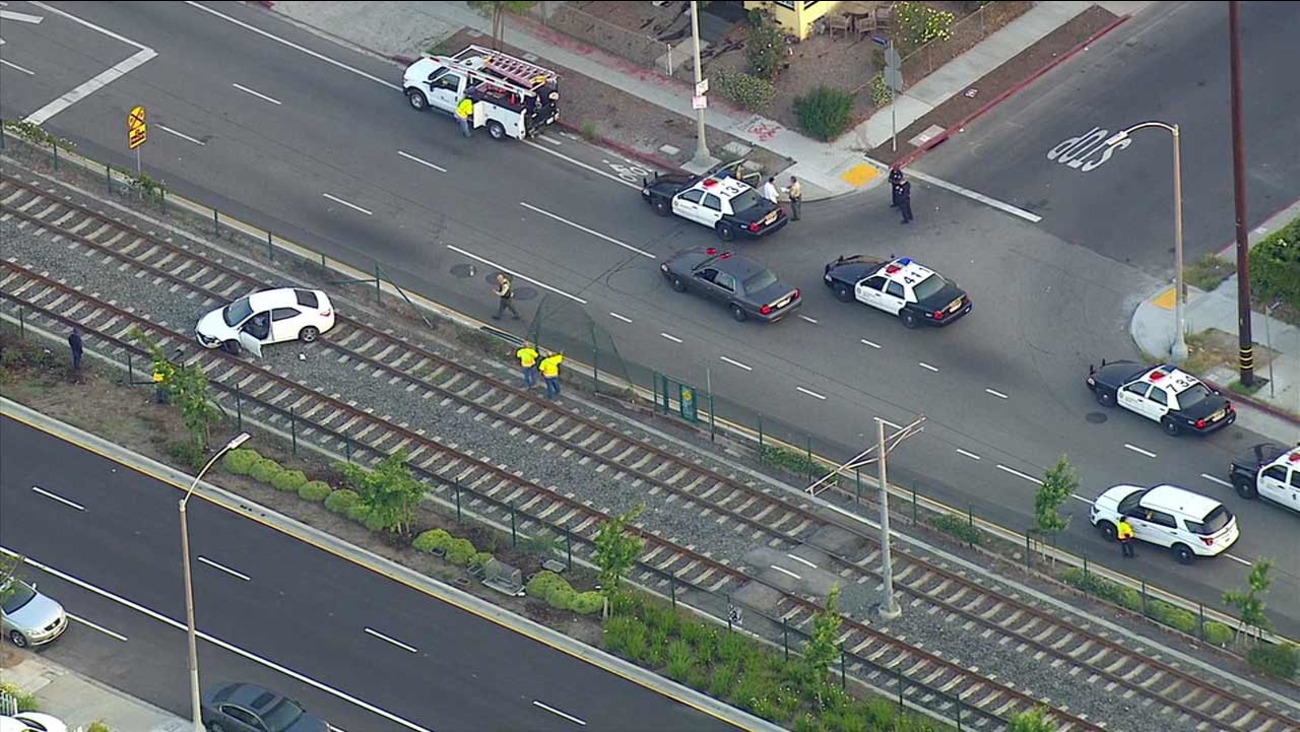 A car is seen stuck on the Metro Expo Line train tracks in Exposition Park on Monday, May 23, 2016.

The incident occurred near the Expo/Western station, along Exposition Boulevard just west of Western Avenue around 5:30 a.m.

No trains were coming through the area at the time of the crash, and no injuries were reported.

One person was seen handcuffed and placed inside a law enforcement patrol vehicle.

Metro train service was disrupted between the Expo/Western and Expo/Crenshaw stations. Metro said buses shuttled commuters during the brief closure.

Service was delayed for about 15-20 minutes, but normal service resumed around 7:30 a.m., Metro said.

The Expo Line's newly extension between Culver City and Santa Monica was not directly impacted.