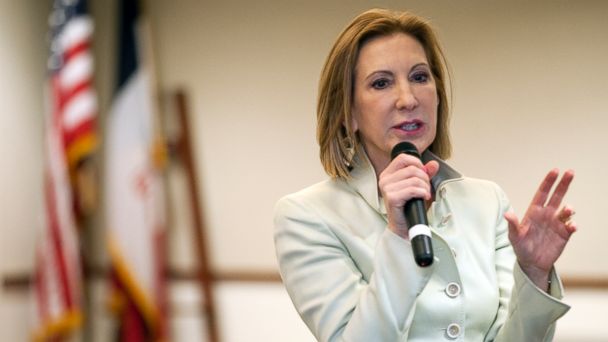 For over three decades, Carly Fiorina's bachelor's degree from Stanford University in medieval history and philosophy has had little real-world application.

But as she mounts a presidential bid, the Republican candidate says her degree is finally of use as she considers how she would deal with ISIS as commander-in-chief.

"Finally my degree in medieval history and philosophy has come in handy," Fiorina said Sunday night, "because what ISIS wants to do is drive us back to the Middle Ages, literally."

Fiorina was responding to a question from a member of the military at a town hall in Windham, New Hampshire, who wanted to know how she could assure him that she would be serious in taking on the Islamic extremist group.

She said that ISIS is "an evil that must be defeated" and explained how she would work with allies in the Middle East who have asked for specific resources and assistance to fight the extremist group, citing the example of Turkey, which has asked for help in establishing a no-fly zone along its shared border with Syria. Fiorina said she would work with Turkey in establishing such a no-fly zone.

Pressed to explain how her bachelor's degree in medieval history will help her in dealing with ISIS, Fiorina listed off a number of brutal techniques that ISIS is using that were common in medieval times and said it is not an exaggeration to say that the group is operating under a mentality based in the Middle Ages.

"Every single one of the techniques that ISIS is using, the crucifixion, the beheadings, the burning alive, those were commonly used techniques in the Middle Ages," Fiorina told reporters during a media availability, "so we can't avert our eyes and pretend it's an exaggeration that ISIS wants to take its territory back to the Middle Ages but that is in truth what they want to do and are attempting to do."