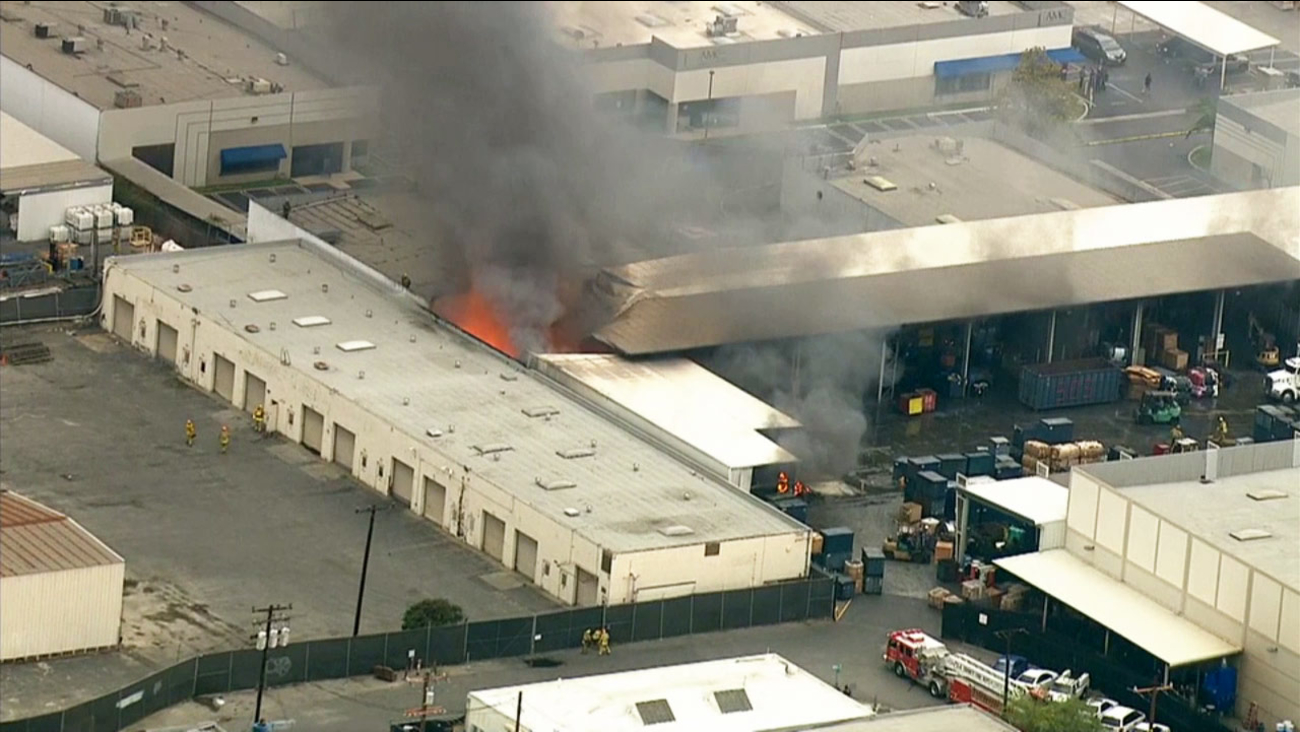 A structure fire involving metal shavings broke out in the 200 block of East Gardena Boulevard in Carson on Tuesday, July 21, 2015. (KABC)

According to the Los Angeles County Fire Department, there were two separate fires at the scene - one inside the structure and another outside the building.

Businesses within one block of the scene were evacuated as a precaution, said Randall Wright with the Los Angeles County Fire Department.

Wright said putting water on fires involving metal can be dangerous, so firefighters were taking a defensive approach to tackling the blaze.

Hazmat crews were on scene.