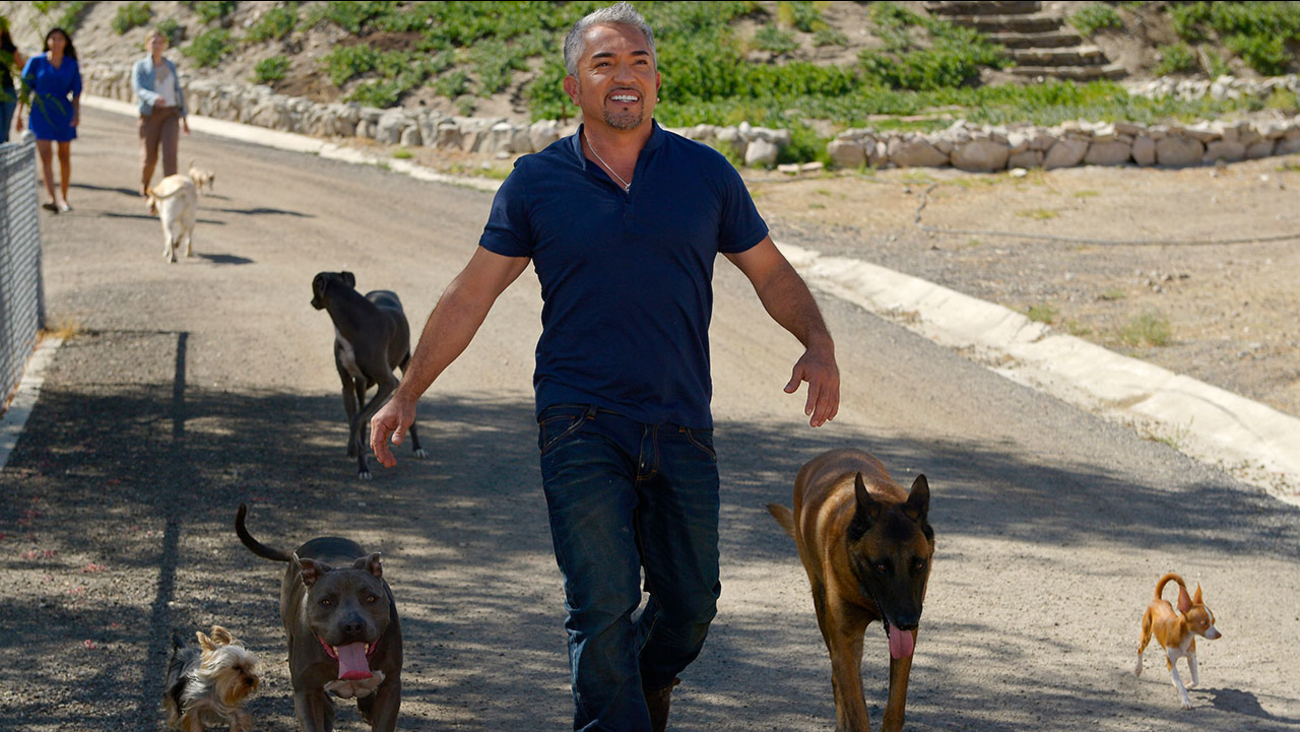 In this Oct. 18, 2012 photo, Cesar Millan walks down to his horse stables with his dogs at his Dog Psychology Center, in Santa Clarita, Calif. (Mark J. Terrill)

The complaint stems from an episode of "Cesar 911" where a dog chased a pig and nipped its ear, causing it to bleed.

Los Angeles County animal control officers went to Millan's Dog Psychology Center in Santa Clarita on Thursday, but the trainer was not there. Officers took no further action.

According to a spokesman for National Geographic Channels television, Millan was working with an aggressive French bulldog-terrier mix named Simon, who frequently attacked other animals, when the incident occurred.

A video clip was posted online without context and caused a flurry of concern among viewers who did not see the entire show.

Jill Breitner initiated a petition on Change.org, calling for Nat Geo WILD to take the show "Cesar 911" off the air.

Millan told The Associated Press on Friday that he has used the same technique to help aggressive canines hundreds of times. The training involves getting the dog together with the animal it doesn't like so the two can learn to get along.

He said the claim of animal cruelty is misguided because the pig was fine and the dog was rehabilitated.

Learn about the complete story of Simon, an aggressive French bulldog mix: https://t.co/iDuMwOQx2Y

Nat Geo WILD says Millan is fully cooperating with authorities and is confident that the investigation will show there was no wrongdoing.