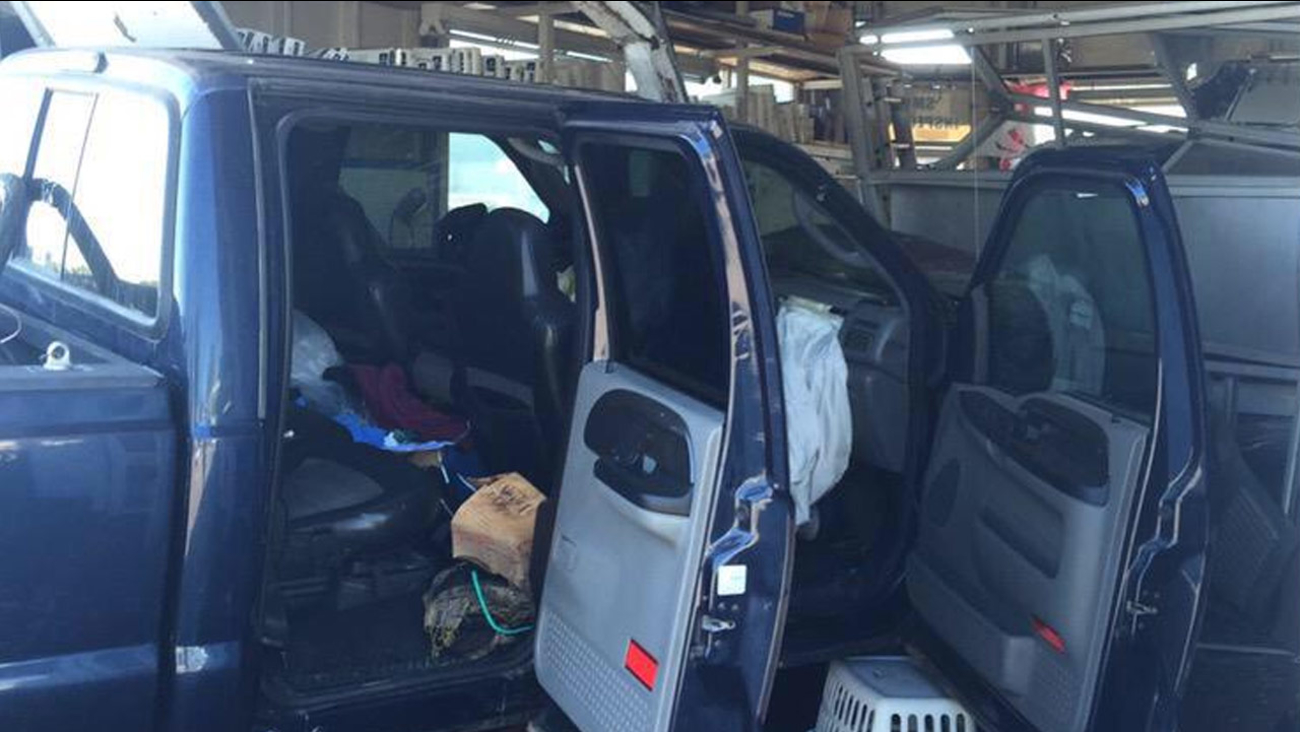 LAKE FOREST, Calif. (KABC) -- A chase suspect, who fled from a suspected stolen vehicle after crashing it into a gas station service bay, was arrested by Orange County sheriff's deputies in Lake Forest Saturday afternoon.

The suspect was booked into Orange County Jail, but his bail is pending confirmation of his identity. The suspect matched the description of a man suspected of stealing a 2004 Ford F-250 from San Diego on Friday. Authorities will verify his identity through fingerprints.

He faces charges of possession of stolen property, felony evading, driving under the influence and delaying or obstructing a peace officer.

A chase ensued and the suspect exited Santiago Canyon Road, heading southbound through Silverado Canyon. Deputies attempted a felony traffic stop, but the suspect failed to yield and headed down El Toro Road for about three miles.

As he approached the intersection of El Toro and Trabuco roads, he clipped another vehicle, which caused the suspect to lose control, drive over the curb and crash into a 76 gas station service bay.

The suspect quickly exited the car and led deputies on a short foot chase through a commercial complex before he was apprehended.