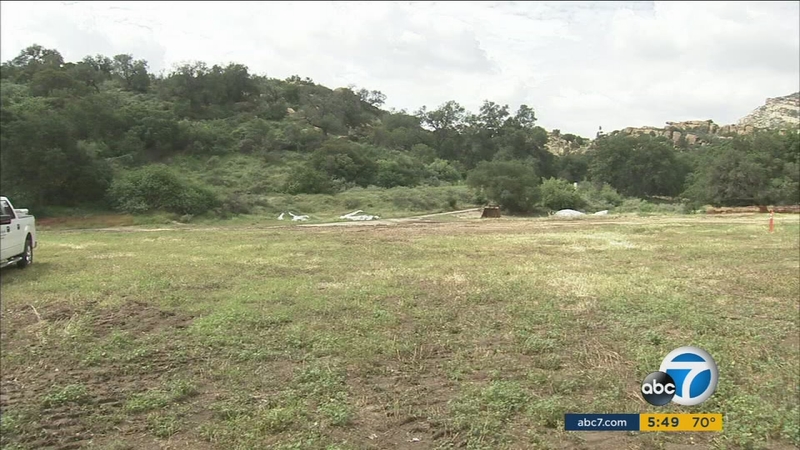 CHATSWORTH, LOS ANGELES (KABC) -- Chatsworth Park South has been closed to the public for eight years because of soil contamination traced to a nearby skeet shooting range that operated decades ago.

Now the popular San Fernando Valley park is undergoing an extensive environmental cleanup and city officials hope it could reopen by the end of the year.

"I grew up here," said Los Angeles City Councilman Mitchell Englander. "And memories are made here. And I used to come here with my family. To me it's personal. I mean having a closed park anywhere in any community is just criminal."

The new "smart park" will feature some high-tech gadgetry to help with efficient maintenance. That will include sensors and probes to measure how much water is in the air and ground to determine how much watering the park needs, according to Neil Drucker, with the city's Bureau of Engineering.

The 100-acre park has plenty of history. Western films were made there and locals recall seeing Hollywood legends like Lucille Ball and Roy Rogers horseback riding there.

But there was also a skeet shooting range there in the 1940s and '50s and lead from the bullets and shell casings along with other chemicals contaminated the soil. In 2008 the city was forced to shut it down.

Now after some neighborhood and political activism, City Hall has come up with the funds - about $9 million - to renovate and reopen the park.