KABC
By ABC7.com staff
SAN JUAN CAPISTRANO, Calif. (KABC) -- Fire investigators have determined that an unsupervised child playing with a lighter sparked the San Juan Capistrano blaze that killed a toddler and injured eight others.

The Orange County Fire Authority says the child was playing with the lighter in the living room of the condo while other family members slept, unaware of the fire.

The fire broke out around 9:15 a.m. Tuesday on the 26500 block of La Zanja Street. Three women and six children were taken to local hospitals.

A 3-year-old boy, identified as Jaiden Liborio, died at Children's Hospital at Mission in Mission Viejo later that night. His 2-year-old brother and his 20-year-old mother remain in grave condition.

Initially, authorities said the smoke alarms had no batteries. It now turns out there were no smoke alarms at all.

"They did find approximately three bases where the smoke alarm would twist into it, but unfortunately, if you don't have a full, working smoke alarm with a working battery, they're no use," said OCFA Capt. Steve Concialdi.

According to investigators, there were 17 people living in a four-bedroom apartment. Fire officials say the extra mattresses and blankets helped fuel the fire.

The city says it does inspections if someone complains about occupancy, but they received no complaints. 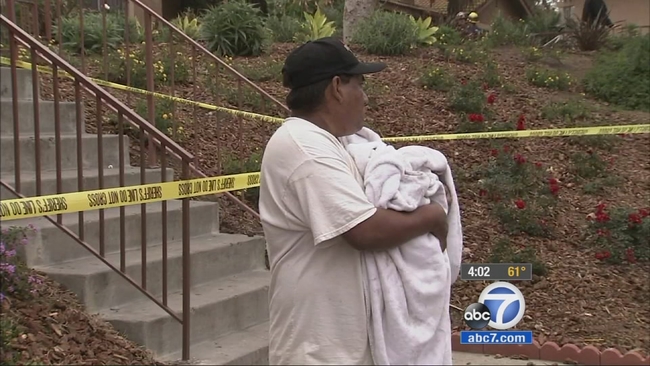