KABC
By ABC7.com Staff
NAPA, Calif. (KABC) -- Cleanup continued Monday following the 6.0-magnitude earthquake that struck near the city of Napa Sunday. It was the strongest earthquake to shake Northern California in 25 years. Power and water were restored to much of Napa Monday night.

The quake also snapped water mains and gas lines and upended some of Napa's famed wineries, where winemakers were just getting ready to harvest the 2014 crop. Vineyards reported busted barrels and smashed bottles.

Gov. Jerry Brown declared a state of emergency following the South Napa earthquake, which struck at 3:20 a.m. Sunday, according to the U.S. Geological Survey. It lasted 10 to 20 seconds and was felt widely throughout the region.

"It felt like a train was going under the house," Denise Layten of Napa said.

At least 12 people were admitted to the hospital for broken bones and other medical problems directly related to the quake. Seven had orthopedic issues and five were treated for respiratory and cardiac conditions. One is still in the hospital in critical condition.

A 13-year-old child was injured after being hit by flying debris from a collapsed fireplace. He is now being treated at the University of California, Davis Medical Center and is in serious condition.

Jacques LaRochelle, the director of Napa's Public Works Department, said Sunday that it could take crews up to a week to make repairs and restore water service to all customers.

"We've actually gone from 70,000 people without power in both Napa and Sonoma counties to now 150 customers in Napa that are without power," McKannay said. 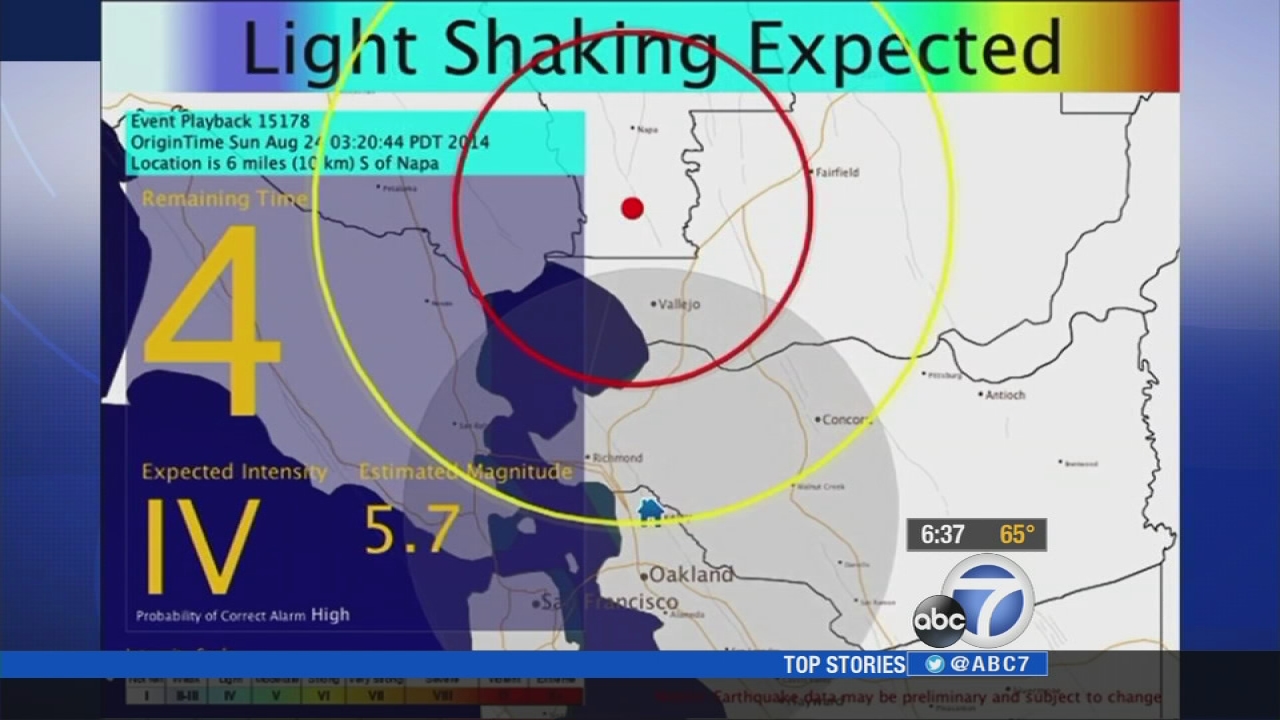 An earthquake early-warning system currently being tested issued a 10 second warning before the quake struck, said Richard Allen, director of the University of California, Berkeley Seismological Laboratory. California is working to implement a statewide system, though Allen said funding has not been secured.

Damage from the earthquake could reach $1 billion, according to EQECAT, a company that studies catastrophe risk. Meantime, aftershocks continued to rattle the heart of California's wine country. Seismologists say those aftershocks could continue for several more weeks. 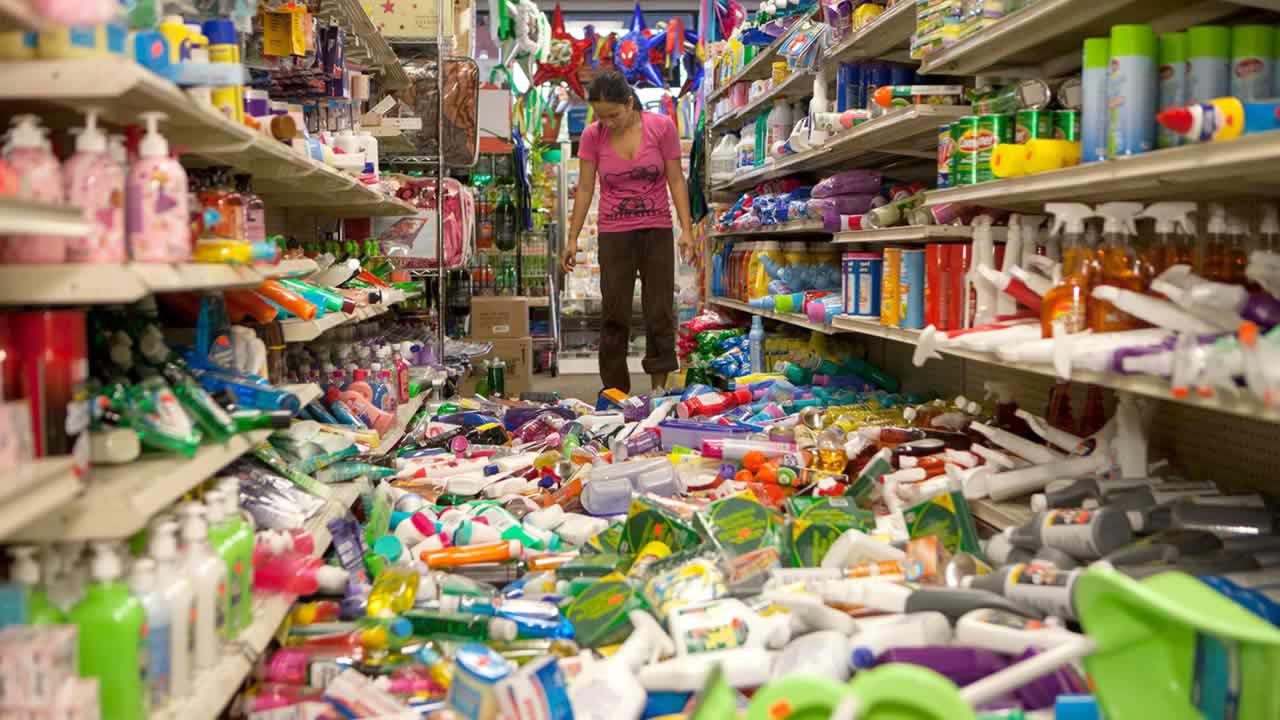 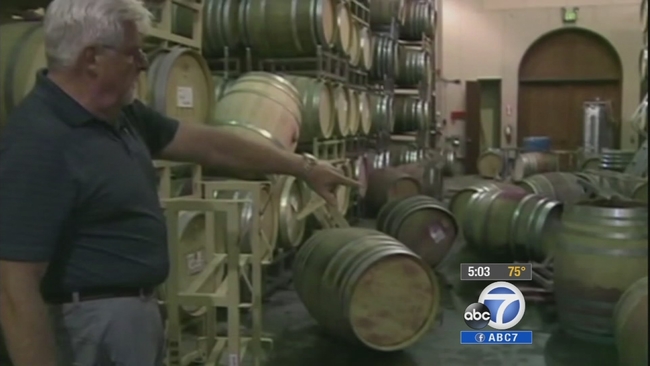 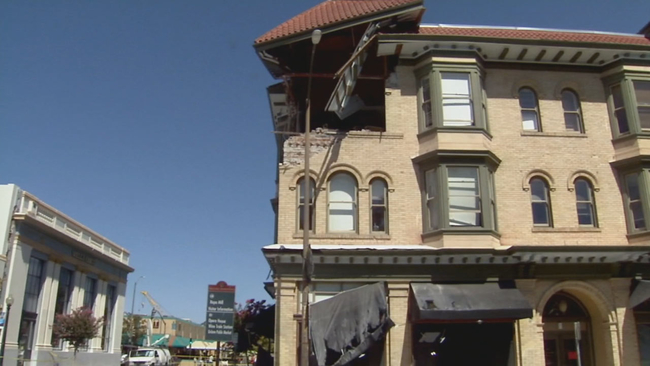 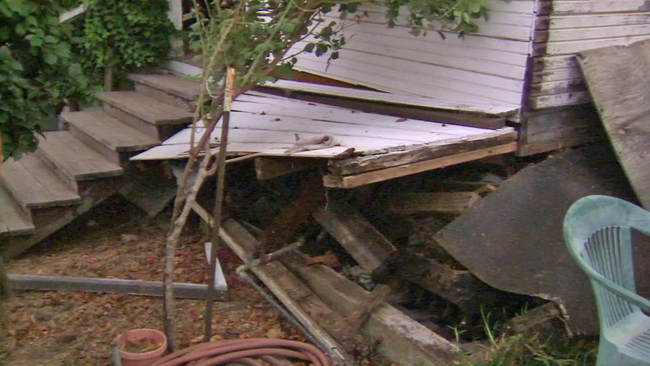 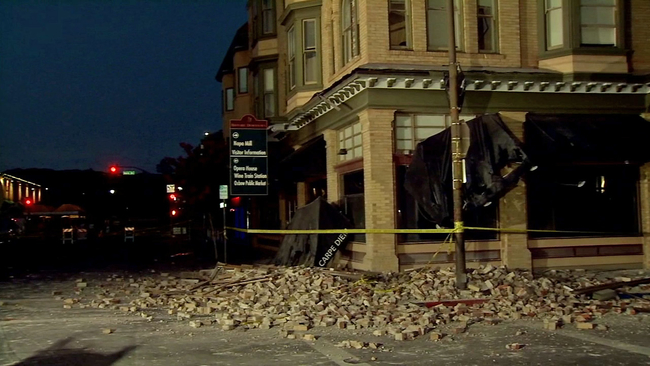