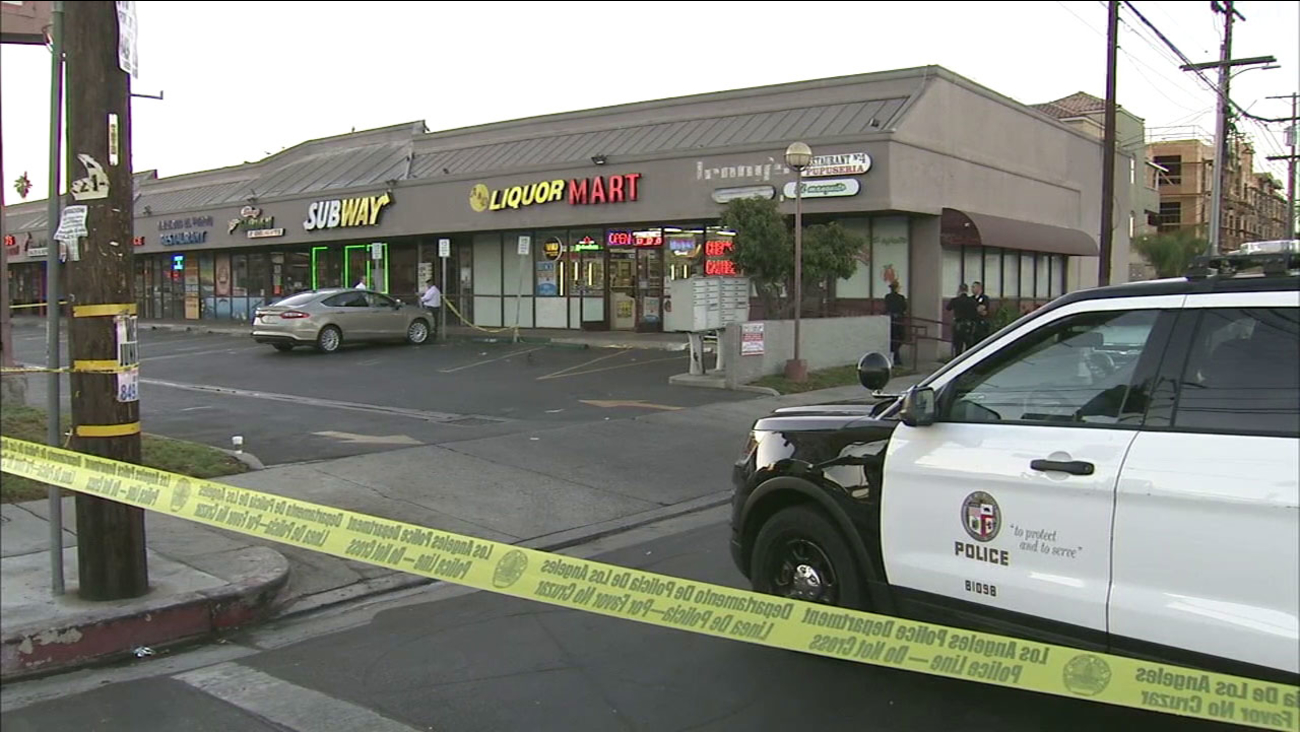 An investigation continued at a liquor store in North Hollywood on Sunday, Sept. 25, 2016, after a clerk was fatally shot late the previous evening. (KABC)

The incident was reported at 11:50 p.m. at the A&D Liquor Mart in the 12600 block of Sherman Way, where one of two robbers shot the employee, according to a spokesperson for the Los Angeles Police Department.

LAPD homicide detectives responded to the scene and were reviewing surveillance video, the department spokesperson said.