KABC
By Sid Garcia
LOS ANGELES (KABC) -- Closing arguments were heard Monday in the third trial of a father suspected of throwing his 4-year-old daughter off a cliff in Rancho Palos Verdes in 2000.

The prosecution maintains that Cameron Brown had every intent of murdering his daughter, Lauren Sarene Key, in November 2000.

They claim Brown failed to convince his girlfriend to get an abortion, so he plotted to kill their daughter to get out of paying child support.

Last Thursday, Brown and the jury went to Inspiration Point where his daughter died while she was hiking with her father.

Brown has said that what happened to his daughter was an accident. His attorney said Lauren was running around when she slipped and fell 120 feet down the cliff. But experts for the prosecution said that is not true.

"Lauren could not have accidentally fallen from Inspiration Point and received those injuries, based on the injuries and the topography of the cliff. And two, her injuries are consistent and could only have been received if she had been thrown from the cliff," prosecutor Craig Hum said.

Two previous juries were deadlocked. Both did not think Brown was guilty of first-degree murder, but perhaps second-degree murder or manslaughter.

The jury for this trial, which is Brown's third, was instructed to consider not only first-degree murder, but also involuntary manslaughter. They will begin deliberation first thing Tuesday morning.

Brown was arrested in 2003 and has been held in custody without bail ever since. 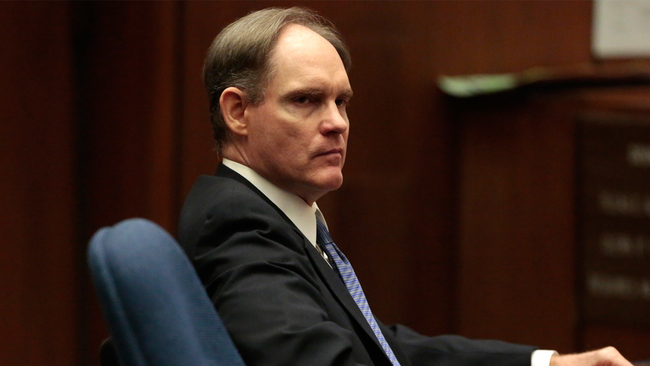