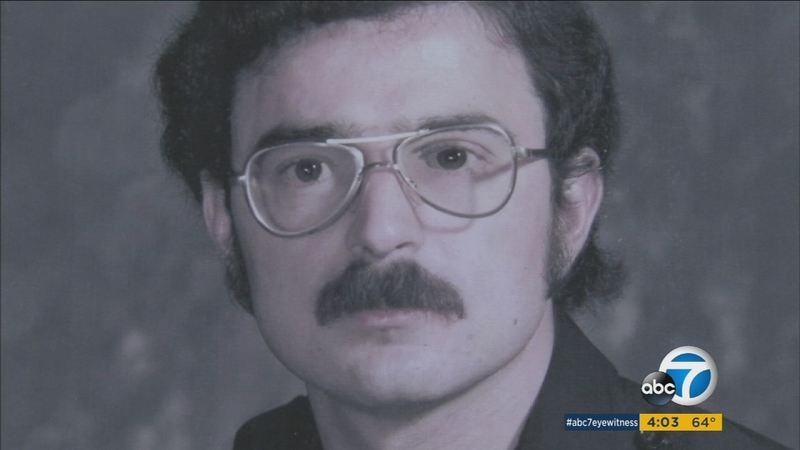 LONG BEACH, Calif. (KABC) -- Nearly 40 years after the murder of Long Beach Police Officer Franke Lewis, his wife Linda, one of his daughters Erica, and his father Carlton, sat in the background and listened to a news conference held next to the Long Beach Police and Fire Memorial.

"It's our hope that a witness or somebody who knows anything about this case may be more willing to come forward and say something," Long Beach Police Chief Robert Luna said.

Just before 3 a.m. on Dec. 13, 1975, the 28-year-old Lewis, a police officer for two years, finished his shift and was heading home, when he spotted something suspicious in a car parked near his East Long Beach home near the 6200 block of Cantel Street.

He didn't know it at the time, but Denis Gitschier, who had pulled over to sleep when he became drowsy on the freeway, was being brutally beaten.

"I was unconscious with the first blow. The surgeon who put me back together said I was lucky that Officer Lewis came when he did because you can only take so many blows to the head," recalled Gitschier, a retired teacher.

Police said Lewis' service weapon, his police badge and ID were taken. They turned up in a vacant home at 915 South Acacia Ave. in Compton three months later.

His gun was not found.

After re-opening the case a few years ago, investigators interviewed witnesses and resubmitted Lewis' badge and ID for forensic testing, the results of which, the deputy chief declined to discuss.

"The investigation revealed at least one and possible two vehicles with several male and female African American occupants were in the area the night Officer Lewis was killed," Hendricks said.

A $50,000 reward is being offered for information leading to the arrest of the suspect or suspects responsible for Lewis' death.