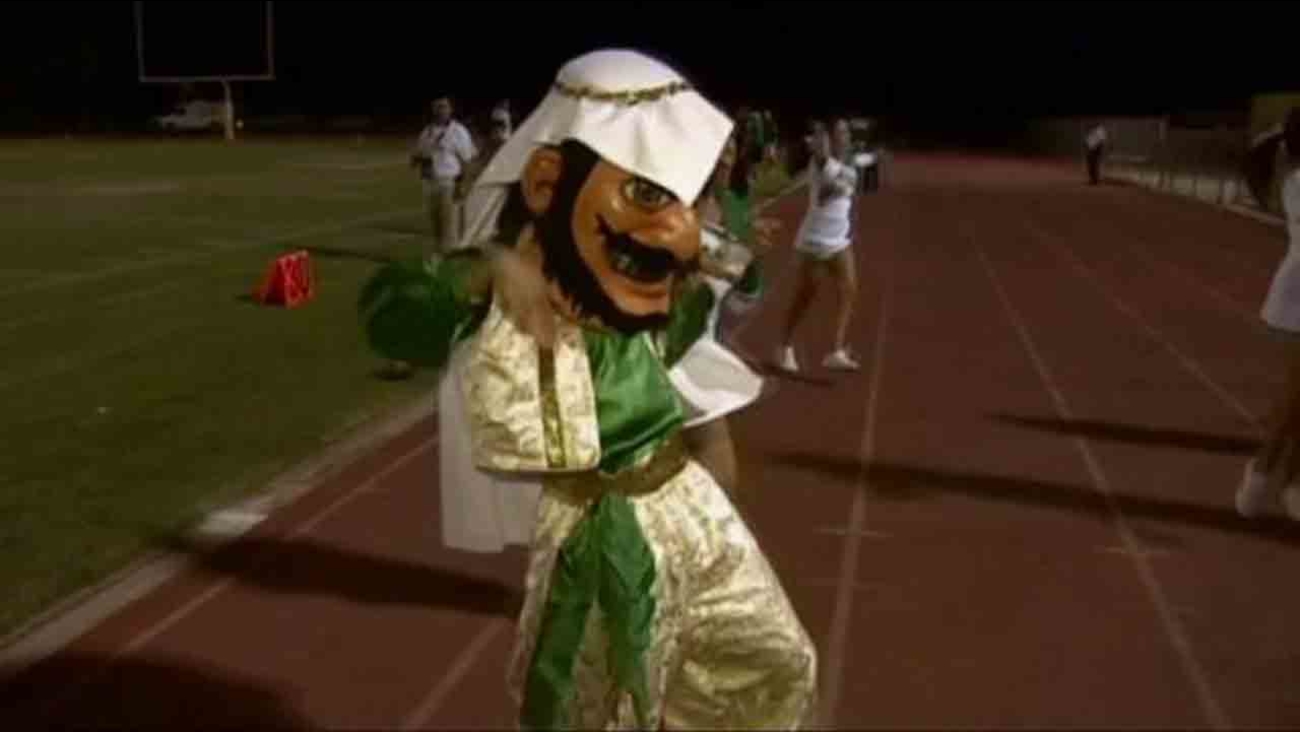 The mascot did not appear at the school's season opening football game on Friday night. A belly-dancing genie that often appears with the mascot also retired.

The mascot came under fire last November when the American-Arab Anti-Discrimination Committee complained that the mascot enforces negative stereotypes of Arabs and Arab-Americans.

"Bombers, billionaires or belly dancers. There's a lot more to Arab-Americans and the Arab culture and the Arab heritage than what's being depicted by this high school," said Abed Ayoub with ADC.

The Arab mascot had been around since the 1920s and was chosen to recognize the area's reliance on date farming, traditionally a Middle Eastern crop.

The Coachella Valley Unified School District refused to change the school's Arab nickname, but did agree to give the caricature a makeover.