KGO
By Amy Hollyfield
ALAMEDA, Calif. -- Incredible new video shows an operation that went down off the coast of Panama in which a Coast Guard crew from Northern California seized six tons of cocaine worth more than $200 million.

Video released by the Coast Guard shows the Alameda-based crew climbing onboard the slippery vessel and taking two people into custody. This took place just south of Mexico on March 3.

Officials say the drugs were likely heading to Mexico where they would be unpacked, repackaged, and then sent to the United States. They consider this a medium-to-large bust. They did find a loaded gun aboard but no one was hurt during the takedown.

"In this case we were able to safely remove approximately 12,800 pounds of cocaine from the vessel," said Cutter Bertholf Commanding Officer Captain Laura Collins. "There was no practical way to tow the vessel several hundred miles back to shore and we couldn't leave it because it posed a hazard to navigation to other mariners in the area. We sank the smuggling vessel by downflooding."

The video reveals a rare underwater look at the self-propelled semisubmersible. This type of vessel is made for drug smuggling because most of it is underwater and hard to detect. It took a crew and an airplane to spot this one.

Even though they had to sink it, Coast Guard officials say this video will help them see how they are built and how they're being operated. Officials say such vessels are growing in use by drug smugglers. 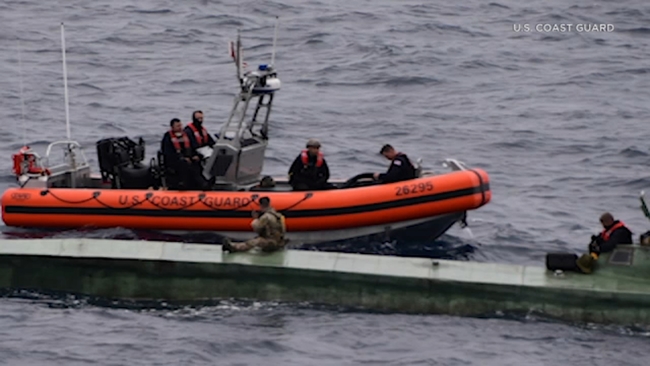 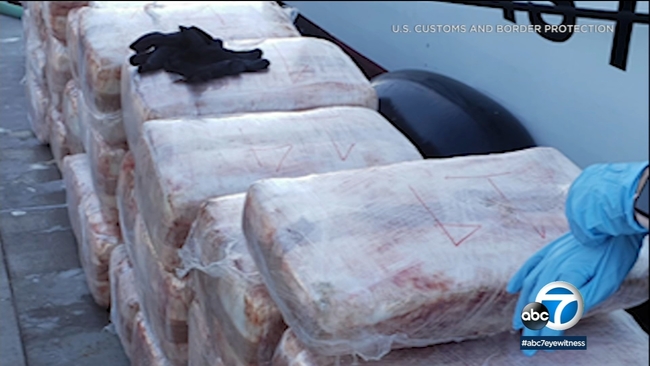