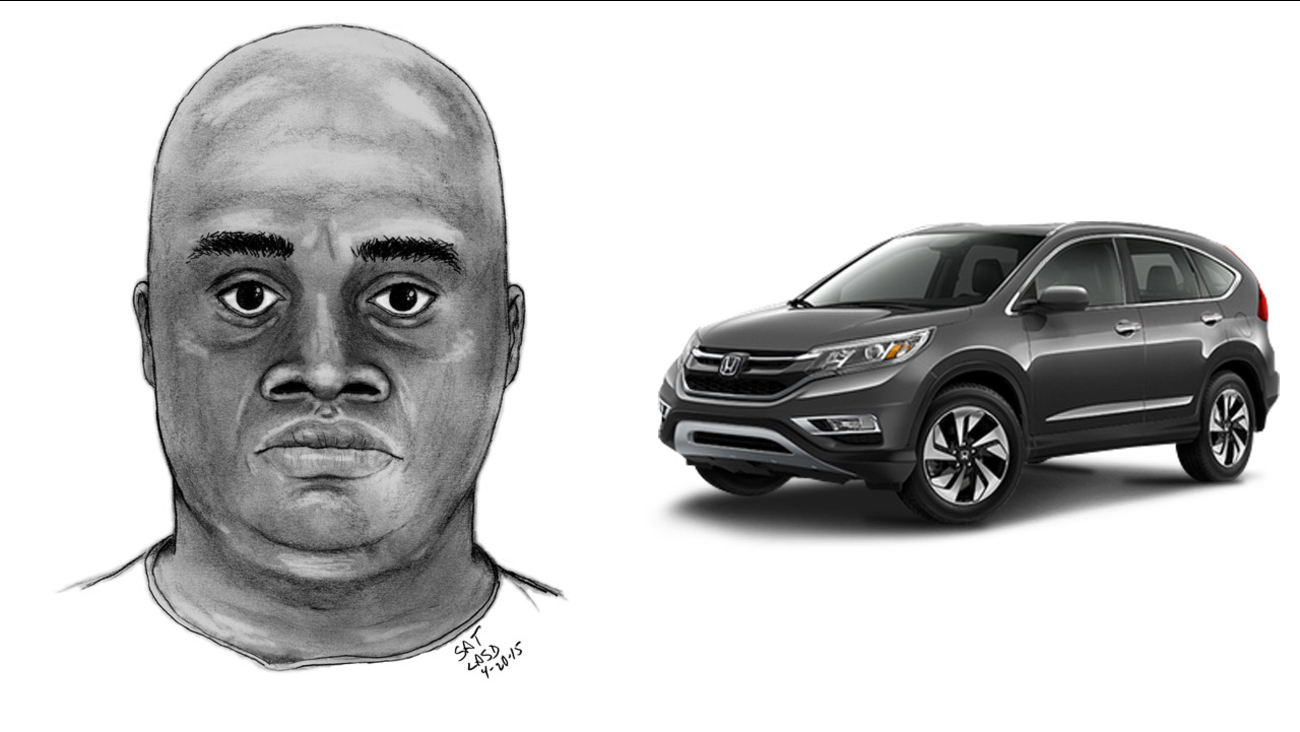 A composite sketch of a suspect who attempted to kidnap a Pasadena woman and a photo of what his vehicle may look like is shown above.

PASADENA, Calif. (KABC) -- The Pasadena Police Department released a composite sketch of a suspect who attempted to kidnap a 22-year-old woman.

Shortly after 10 p.m. on April 17, the victim was walking home on Marengo Avenue at Penn Street when the suspect drove up next to her and tried to start a conversation.

She ignored the suspect, which prompted him to stop and force her into his car. The woman managed to fight off the man and escape from his vehicle before he drove off.

The suspect is described as a black man in his mid to late 30s with a heavy build, dark complexion, round face, bushy eyebrows and a shaved "shiny" head. He is 5 feet 10 inches tall, weighing 200 pounds, and was wearing a white T-shirt and dark blue jeans.

He was in a dark gray, newer model Honda CRV or similar type of SUV.