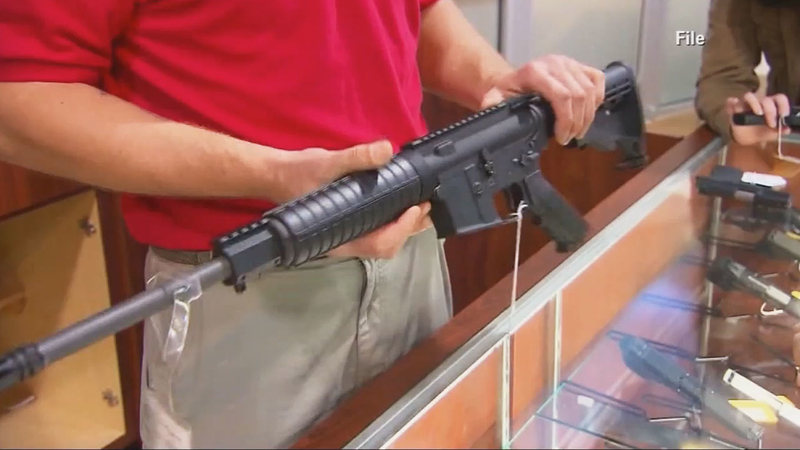 COMPTON, Calif. (KABC) -- High-powered rifles in the hands of Compton School Police: Do they protect students, or are they a danger to them? Compton officials defend their new policy.

As Compton students return to school, campus police will have new weapons in their arsenal: AR-15 semiautomatic rifles. Compton school officials are justifying that decision. They approved the rifles during the summer break.

Trained Compton School Police officers will have the AR-15 rifle, the civilian version of the M-16, for the first time.

"How are they securing them?" said Compton parent Danny Luna.

The pushback by some parents and questions from the school board were anticipated by Compton Unified School District Police Chief William Wu. He says FBI statistics on campus shooters changed their minds.

"This would give us an effective tool to be able to immediately deal with the threat and protect our students," said Wu.

It is a worst-case scenario, and SWAT teams train for it: an active shooter storming a school, a gunman armed with high-power weapons and wearing body armor.

"Seeing in the North Hollywood shootings when they were wearing the soft body armor, bullets were hitting them but having no effect in slowing them down," said Wu.

And it can take time for a fully equipped SWAT team to get to a school.

"Any extra 30 seconds, one minute, two minutes that we can't stop the threat exposes our kids to more unreasonable danger," said Wu.

About safety: the protocols require special training of officers; no fully automatic conversions; and rules that the AR-15s would be locked in cruisers unless they were needed.

"I was extremely opposed to the police officers having rifles; however, the statistics are chilling," said Satra Zurita, Compton Unified School District Board member.

The Compton School Board's approval of the AR-15 for school police in July was unanimous. They are not alone. LAUSD tells Eyewitness News they have comparable weapons. So do Fontana School Police. The numbers are growing.

"By my calculation, we are the ninth school district in the Southern California region to receive approval from the school board," said Wu.

There is a selection process as to which officers are to go through the training, have possession of the weapons. The plan is that the rifles would be on hand on the campuses with those officers by the end of September.