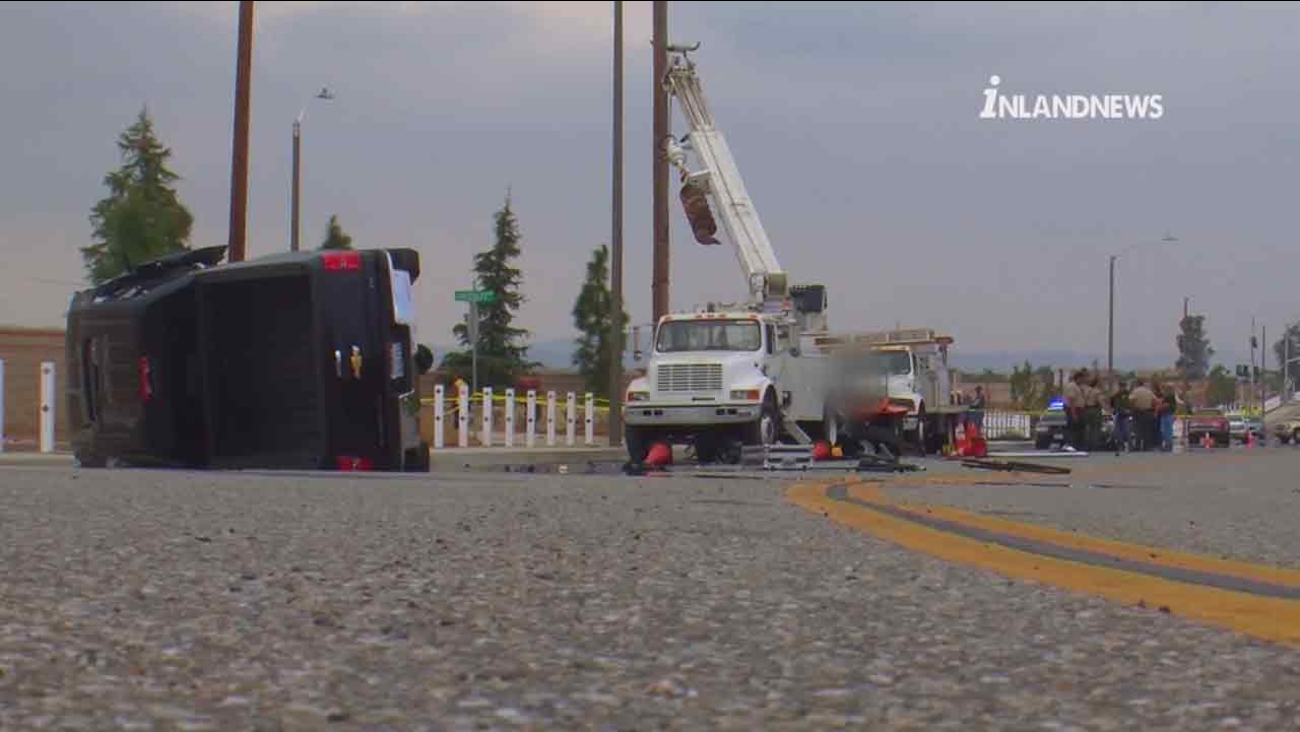 Deputies respond to a violent crash that left one person dead in Jurupa Valley, Calif. on Saturday, March 5, 2016.

The incident happened shortly after 9 a.m. at the intersection of 68th Street and Wineville Avenue, according to the Riverside Sheriff's Department.

The driver of a black truck struck the construction worker, who was standing near his parked utility vehicle inside a cone pattern. After the impact, the black truck rolled to its side and came to a rest.

The worker was pronounced dead at the scene, and a man inside the utility truck suffered minor injuries. The truck driver and his passenger were not hurt, sheriff's officials said.