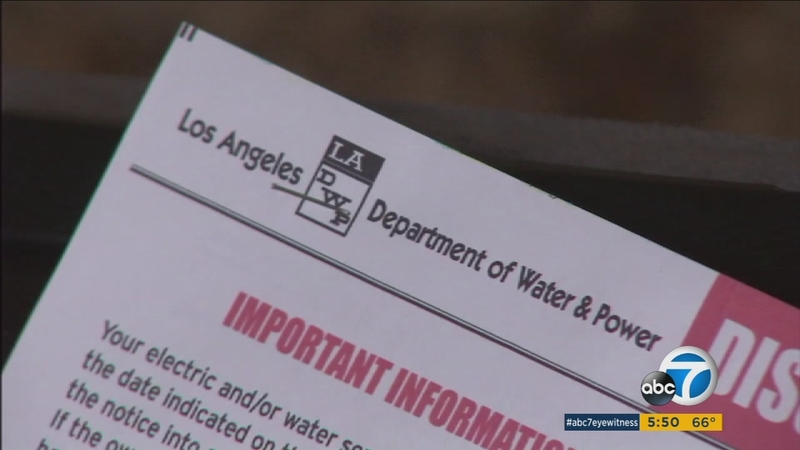 LOS ANGELES (KABC) -- Consumer advocates are asking Los Angeles city leaders to reject a proposed settlement for thousands of customers overcharged by the Los Angeles Department of Water and Power.

Jaime Court with Consumer Watchdog, a Santa Monica-based consumer advocacy group, said the settlement will not help get customers the money they are owed.

After a flawed billing system overcharged thousands of customers, the LADWP is set to return $44 million. But Court, who is president of Consumer Watchdog, said the settlement will shortchange ratepayers.

"This settlement is a sweetheart deal for DWP and a bad deal for consumers," Court said. "This settlement gives the wrong doer the right to determine how much they overcharged the rate payers without any oversight or accountability."

He said the settlement is not fair to customers and neither is the amount of money the LADWP will pay an attorney in order to settle the case.

In a statement released by LADWP, it states, "The allegations from Consumer Watchdog concerning the proposed settlement are wrong both factually and legally."

The statement went on to say that LADWP is confident the court will approve the settlement.