KABC
By Miriam Hernandez and Lisa Bartley
DOWNTOWN LOS ANGELES (KABC) -- An ex-deputy took the stand Tuesday in the trial of former Los Angeles County Undersheriff Paul Tanaka, recounting how the former second-in-command went on a tirade against the FBI.

Deputy Mickey Manzo was low man on the totem pole at the Los Angeles County Sheriff's Department in the summer of 2011, but he got a high-level view of how some of the highest ranking executives in the LASD reacted to news the FBI was investigating corruption and brutality in their jails.

"He was mad, irate," Manzo testified, describing Tanaka and his profanity-laden tirade at a pivotal Saturday meeting about the scheme that became known as "Operation Pandora's Box."

"He slammed his hands on the table and said, 'Those mother-f------! Who do they think they are? F--- them!'" Manzo recounted of Tanaka's outburst.

Tanaka, 57, faces up to 15 years in prison if he's found guilty of the charges against him; conspiracy to obstruct justice and obstruction of justice.

Tanaka, who was second-in-command of the LASD and currently the mayor of Gardena, has pleaded not guilty.

This is the first time we've heard from Manzo himself, who was fired from the LASD in 2014 after his conviction in the same federal probe. Manzo was sentenced to two years in prison but is free on bond while his case is appealed.

"I was convicted of a felony and fired for it," Manzo testified, telling jurors he now works as a receiving associate at Home Depot.

Manzo described how he and other investigators first learned that inmate-turned-informant Anthony Brown had ties to the FBI by tracing phone calls Brown made from jail to an FBI civil rights investigator.

Brown then admitted he was working as an informant for the FBI in a recorded interview conducted by Manzo and his partner Deputy Gerard Smith on Aug. 19, 2011.

ANTHONY BROWN: "You clean your own backyard or you want the Feds to clean it? Because if the Feds clean it, they're gonna come down here, I'm gonna tell you now, they're gonna clean house and believe me, there's enough evidence on a lot of mother-f------ in here."

Brown went on to warn the deputies that the FBI has been "inside" the jail for months, slowly gathering "solid evidence" about alleged brutality by deputies behind bars.

ANTHONY BROWN: "And when I mean lay it down, they gonna come through that front door, M16s and all that shit and lay mother-f------ down and I've seen it happen already."

"Because we were ordered to," Manzo replied.

Manzo, Smith and their Lt. Greg Thompson were part of a unit known as "Operation Safe Jails." Manzo described to jurors the briefing Thompson gave to then-Sheriff Leroy Baca and Tanaka after Brown and his contraband cellphone were first linked to the FBI.

"He was confused," Manzo said of Baca. "He didn't understand what was going on."

As for Tanaka? "He was visibly upset," Manzo testified of Tanaka's demeanor at the Friday briefing.

Tanaka told them this "was going to be a huge investigation," and then gave orders to Thompson and Capt. Tom Carey: no outside law enforcement could get into the jail to interview Brown without Tanaka's approval.

Manzo, Smith, Thompson, Carey and others were ordered back to sheriff's headquarters the following day, a Saturday. Manzo says that's when Baca explained that the head of the FBI in Los Angeles had reached out to the sheriff, saying that it was "their phone and they wanted it back."

Baca wanted to know "what the hell was going on." Manzo testified that Baca then put Carey in charge of the investigation and ordered Carey to run everything through Tanaka.

Despite the orders prohibiting outside law enforcement from interviewing any inmates, including Brown, without Tanaka's approval, three FBI agents got in to see Brown at Men's Central Jail the following Tuesday.

The second witness of the day, FBI Agent David Dahle, was one of those three agents and described to jurors what happened about an hour into that interview with inmate Brown.

"The door to the room was thrown open. A very big sergeant by the name of Waterman shouted, 'This interview is over!'" Dahle testified. "A bunch of deputies ran in and grabbed Anthony Brown and took him very quickly."

Tanaka, apparently infuriated that the FBI agents got in to see Brown, called Manzo, Smith, Thompson and Carey to his office and yelled at them.

"We let him down as a group," Manzo described what Tanaka said. "This was a huge, important investigation and we screwed up."

Fox asked Manzo, what did Tanaka say at that point about the FBI?

"(Tanaka) said he wanted a 100 percent guarantee that it wouldn't happen again," Manzo testified, saying that's when LASD investigators decided to change Brown's name and physically move him -- first to an infectious disease ward at Men's Central Jail and later to the San Dimas station jail.

Fox asked Manzo who provided the series of fake names Brown was booked under while he was moved around.

On cross-examination, Tanaka defense attorney Dean Steward portrayed the deputies' actions as justified because Brown, now exposed as a jailhouse snitch, could become a target behind bars.

An email shown to the jury, which was written by Smith, refers to Brown as "the inmate we are tasked with protecting."

"It does not say tasked with hiding Anthony Brown from the FBI, correct?" Steward asked Manzo.

Steward also pointed out that Brown's safety inside the jail was emphasized by Baca at both the Friday and Saturday briefings.

"Your job is to protect him, correct?" Steward asked. "Right," Manzo replied.

Steward elicited testimony from Manzo that Baca did "most of the talking" at the Saturday meeting, and that Manzo did not recall ever receiving a direct order from Tanaka.

Manzo, who testified that he did not meet with prosecutors or the defense before Tuesday's testimony, was forced to take the witness stand after prosecutors gave him what's known as statutory immunity. That means he can't be prosecuted for anything he testifies to, unless he lies on the witness stand.

"Are the people who decide if you are telling the truth at the table to my right?" Steward asked Manzo, referring to the prosecution team. Judge Percy Anderson sustained an objection by Fox, and Manzo did not answer the question.

During Dahle's testimony, prosecutors played a series of recorded interviews conducted by LASD investigators with Brown. The interviews make it clear the LASD knew early on that Brown was working with the FBI.

DEPUTY GERARD SMITH: "I know you're working with the Feds, dude."

In that Aug. 19, 2011 interview, Brown says he'll give up information on the FBI undercover operation but he has a few conditions.

ANTHONY BROWN: "If you can get me a cigarette, a cheeseburger and a soda, we could sit down and talk, Smith. Don't make me no difference either f----'in way it goes."

LT. STEVE LEAVINS: "The FBI is doing an investigation using you, into corruption and other things that are going on in Central Jail. That's not a secret."

LT. STEVE LEAVINS: "They arrange for you to get a cellphone in here, that's not a secret, right? You use that cellphone while you were here to have contact with other people. You also use pay phones to call the FBI. That's not a secret."

On cross-examination, Steward pointed out that Tanaka himself was not on any of the recordings and that Leavins told Brown that his "primary concern was for his safety."

Trial resumes Wednesday with testimony expected from the former captain of Men's Central Jail and a former LASD deputy, who testified at previous trials that she refused to alter booking records to make it appear as if Brown had been released. 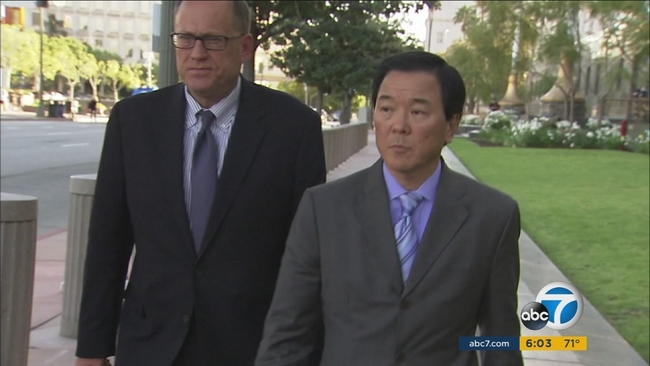 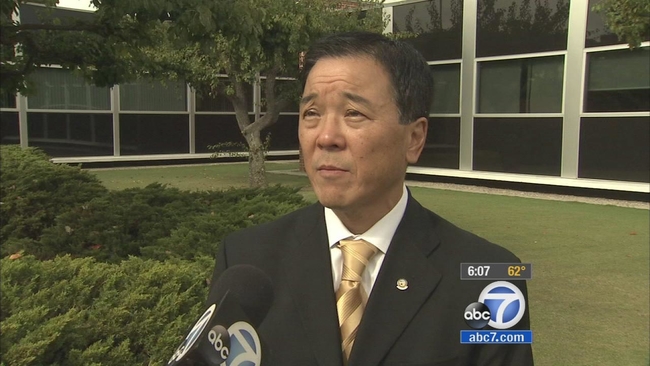