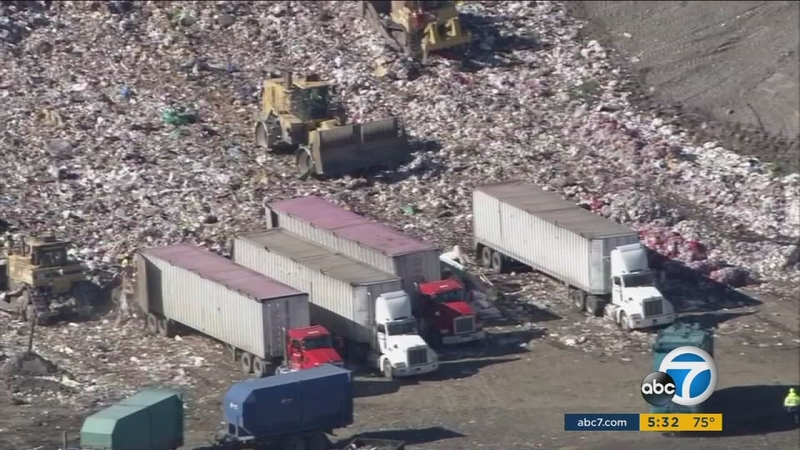 SYLMAR, LOS ANGELES (KABC) -- Los Angeles City Councilman Mitch Englander is moving forward with plans to attempt to shut down the Sunshine Canyon landfill in Sylmar after thousands of odor complaints from nearby homeowners in recent years.

Since 2009, there have been more than 9,000 complaints from Granada Hills residents about the landfill, according to Englander.

Earlier this week, the L.A. County Department of Public Health stated that the odor from the site has affected the health and well-being of those who live nearby.

"Sometimes it's really bad. My son has an asthma, and my wife, she has an asthma. I'm getting now like it's not like before. The smell is getting really bad," longtime Granada Hills resident Edward Baba said.

According to Los Angeles officials, the city dumps 3,000 tons of residential and commercial trash in the landfill every day.

Englander has asked the city's sanitation department to secure a separate location for the garbage and the city attorney's office to find a way out of a $32-million-a-year contract to use the landfill.

In a statement to Eyewitness News, a spokesman for Republic Services, the company that runs Sunshine Canyon landfill, said the site is in full compliance and that various odor-control strategies have been successfully implemented.

"We believe it would be more constructive for the community if everyone involved were to work together on viable, long-term solutions that address any concerns about site operations," the company said in a statement.