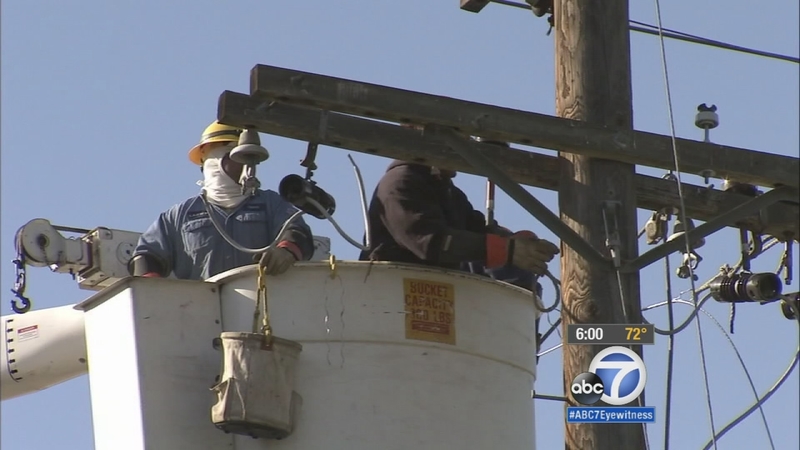 LOS ANGELES (KABC) -- A court ruling has given the city of Los Angeles the right to delve into the financial records of two Los Angeles Department of Water and Power trusts set up for union employees.

Brian D'Arcy, the chief of the International Brotherhood of Electrical Workers, Local 18, has challenged subpoenas for those records issued by City Controller Ron Galperin.

A Superior Court judge earlier denied D'Arcy's request to quash the subpoenas, and on Thursday, a state appeals court affirmed that decision and said Galperin can conduct his audits.

Galperin says he has found lax oversight and inadequate financial controls over the trusts. They get around $4 million a year from the LADWP.

"Right away what this says is that we were right," Mayor Eric Garcetti said. "We get to open these books, we get to expose where this money was spent, and this isn't just their money; this was our money."

City Attorney Mike Feuer, Garcetti and Galperin said LADWP customers have a right to know how their hard-earned dollars are spent.

The two trusts, set up in 2000 and 2002, are governed by boards made up of both DWP and Local 18 officials. They are tasked with providing safety and training programs for utility workers.