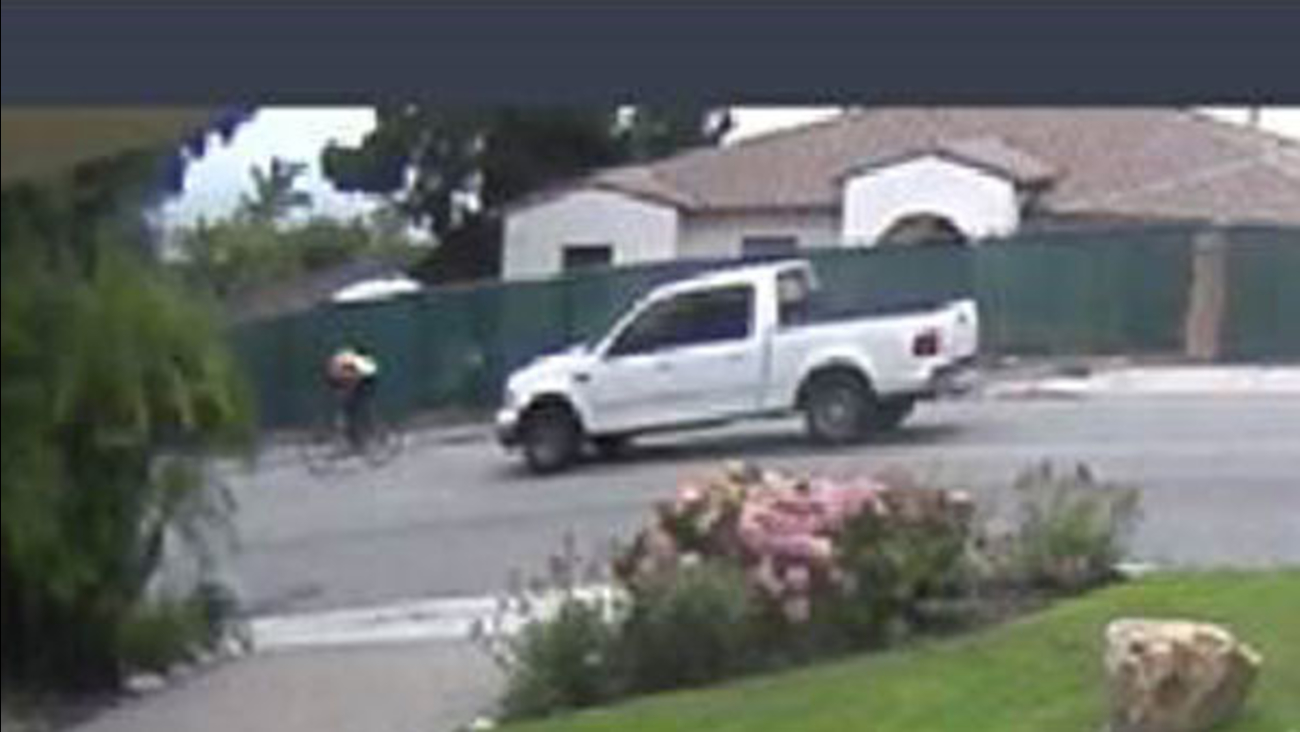 Authorities are looking for the driver of the pick-up truck for information on what led to a cyclist dying after a crash in Palos Verdes Estates. (KABC)

PALOS VERDES ESTATES, Calif. (KABC) -- A cyclist was killed in a crash in Palos Verdes Estates Wednesday, and authorities are searching for a driver who may have more information on the deadly collision.

Palos Verdes Estates police responded to reports of a traffic crash involving a cyclist in the 1100 block of Granvia Altamira around 9:45 a.m.

When officers arrived, a man in his late 60s was found unconscious near a specialized road bike. Police said he appeared to have suffered a head injury even though he was wearing a helmet. The man was taken to Harbor-UCLA Medical Center in critical condition. He later died of his injuries.

A preliminary investigation showed the cyclist appeared to be riding northbound down the road when the crash happened. It is unclear if another car was involved, but a truck was last seen behind the cyclist in the area right before the crash.

Authorities are now looking for the driver and any possible occupants in the car because they may have information on the incident.