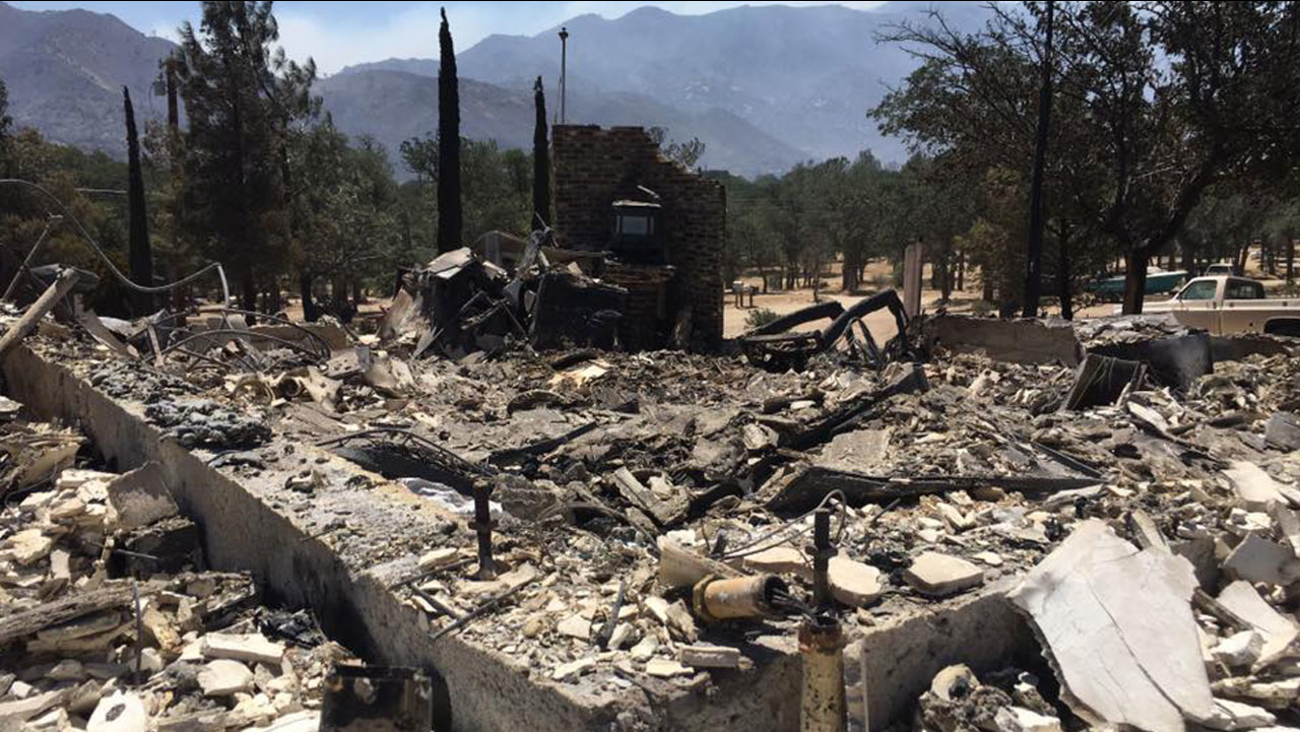 The rubble of a home destroyed by the massive Erskine Fire near Lake Isabella in Kern County is shown on Friday, June 24, 2016. (Mayde Gomez KABC)

LAKE ISABELLA, Calif. (KABC) -- The massive wildfire in Kern County, dubbed the Erskine Fire, has burned through 35,711 acres and destroyed 150 homes, according to CalFire officials Saturday.

Saturday afternoon, the Kern County Sheriff's Office said it was investigating possible human remains found in South Lake, a small community in the Kern River Valley. A coroner's investigator was being brought to the location in the 4100 block of Fiddleneck Street to determine if the remains were indeed human, ABC affiliate KERO reported.

The blaze has forced hundreds of evacuations in rural communities. About 75 other homes were damaged by the fire, which is now considered the biggest California wildfire of 2016 so far.


Gov. Jerry Brown declared a state of emergency for Kern County for the fire Friday night.

It exploded in size quickly after breaking out near Lake Isabella around 4 p.m. Thursday. By evening, it had burned through 5,000 acres due to low humidity and high heat conditions. It tripled in size by Friday night.

About 2,500 structures are threatened by the blaze, fire officials said. Residents who were evacuated described a frantic flight from their homes in an effort to get away from the fast-moving flames.

A total of 1,139 firefighters are battling the fire and three suffered smoke inhalation. They are working through hot, dry conditions amid steep terrain.