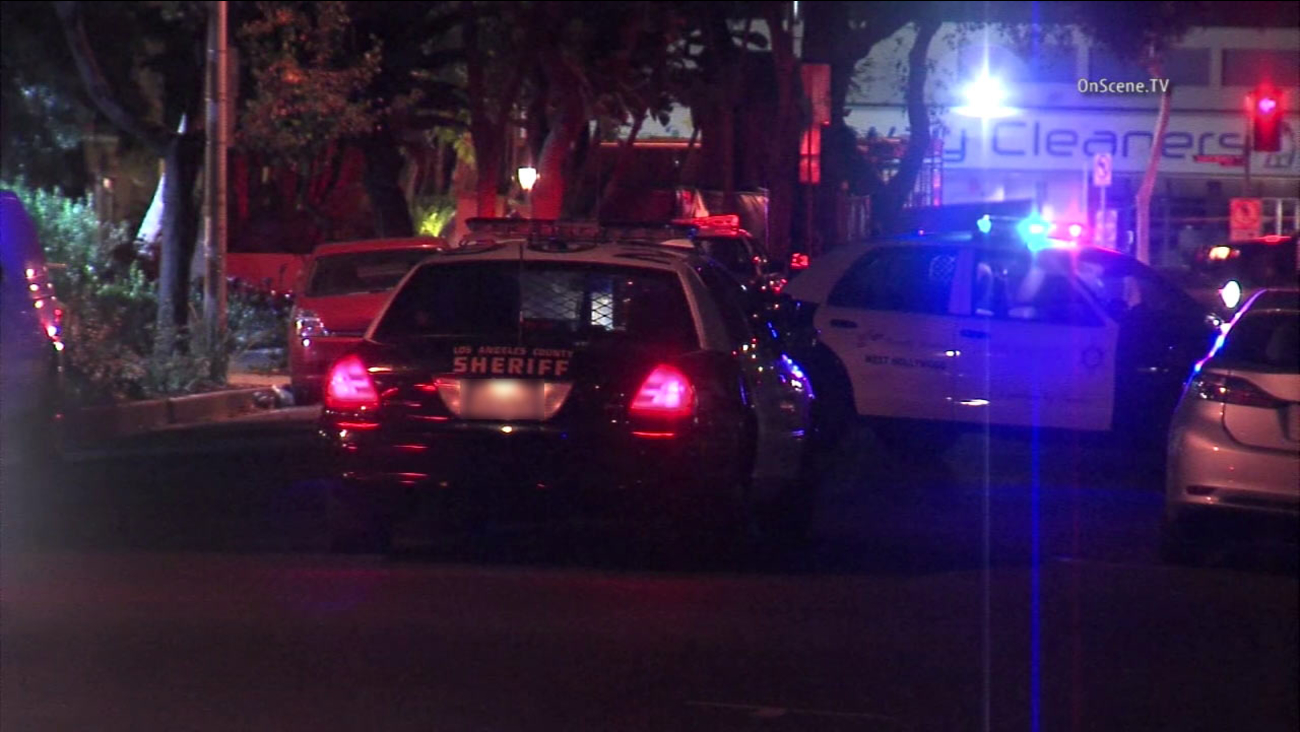 Sheriff's patrol vehicles are shown at the scene of an armed robbery in the 1000 block of Kings Road in West Hollywood on Tuesday, Dec. 29, 2015. (OnScene.TV)

According to Los Angeles County sheriff's investigators, the victim may have been shot six times, including twice in the groin.

The shooting occurred while the victim was delivering takeout from a restaurant to a condo complex on the 1000 block of Kings Road around 1 a.m.

Sheriff's officials said he underwent surgery and is expected to survive.