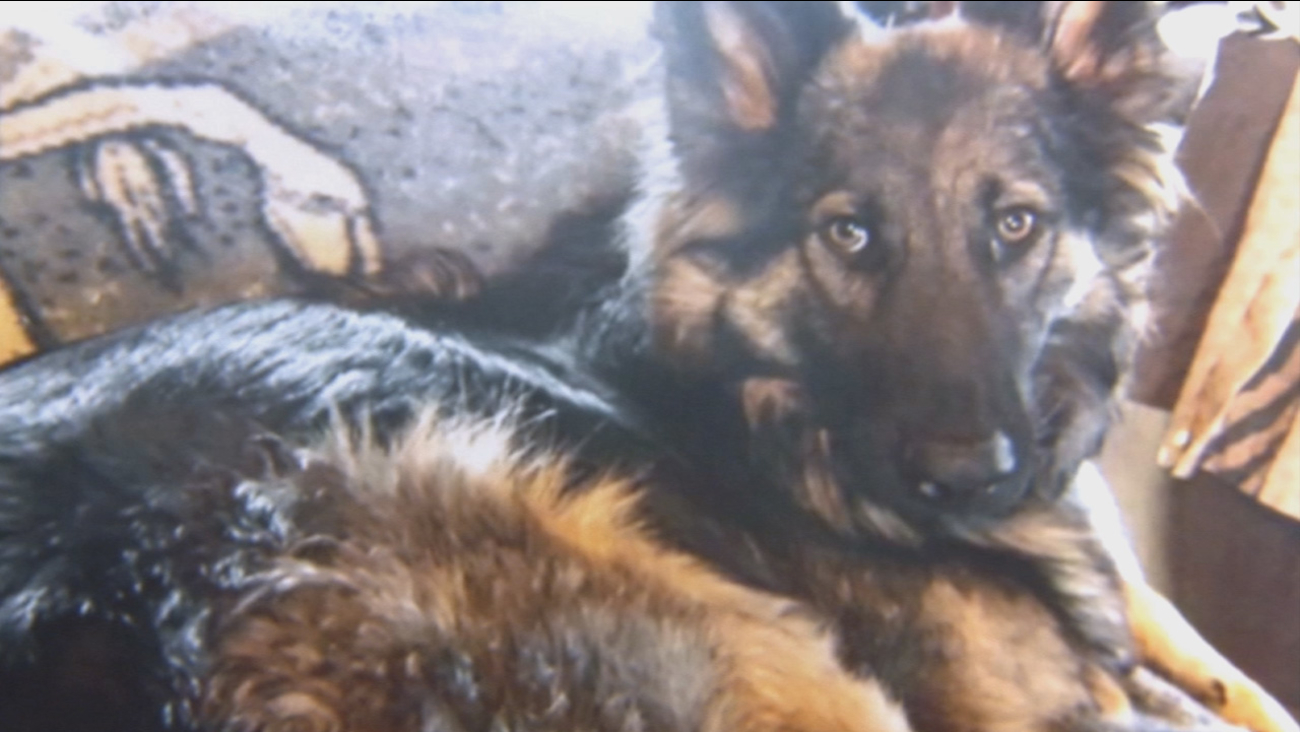 A German Shepherd, which authorities believe died of antifreeze poisoning in Sugarloaf, is seen in this undated photo.

SUGARLOAF, Calif. (KABC) -- San Bernardino County sheriff's deputies were investigating the circumstances surrounding the death of a dog that died of antifreeze poisoning in Sugarloaf.

The dog's owner told deputies that her 1-year-old German Shepherd became sick for unknown reasons on Oct. 15. After getting medication from a local veterinarian, the dog did not respond to treatment and died two days later.

The owner took her dog to the VCA Lakeside Animal Hospital to find out the cause of its death. A necropsy revealed antifreeze in its urinary tract. The dog's owner said she kept her pet in a fenced yard, kept it on a leash during walks and that it never had access to antifreeze.

Deputies believe the dog was intentionally poisoned by an unknown suspect. Authorities have received reports that several dogs have been poisoned in the Sugarloaf area, but those reports have not been confirmed.

The local animal hospital has treated three dogs for antifreeze poisoning within the year, but it was unknown if the poisonings were intentional or accidental.

Authorities have also received reports on suspicious dog treats on a property in the area that have tested positive for antifreeze. But a veterinarian told authorities it takes 1 pint of the fluid to kill a medium-sized dog and that antifreeze soaked treats would not be enough.

Deputies were still in the process of investigating the crimes and identifying other victims.

For anyone who believes their dog may have been poisoned, watch out for these symptoms:

Anyone who believes their dog may have been intentionally poisoned is asked to call the Big Bear Sheriff's Station at (909) 866-0100.