KABC
By Leo Stallworth
BAKERSFIELD, Calif. (KABC) -- Investigators searched for the remains of a Long Beach woman who vanished 16 year ago, but ended up finding nothing Thursday when they excavated a site in Kern County.

Diana Rojas was last seen in October 2000 at her Long Beach apartment in the 5500 block of Ackerfield Avenue. Her daughter was 2-years-old at the time of the disappearance.

Detectives said every lead at the time went cold. But now, investigators said there's reason to believe the 27-year-old was met with foul play.

On Thursday morning, officers began excavating a location in Ridgecrest based on an anonymous tip they received earlier this year. Investigators used satellite imagery and cadaver dogs to narrow down the area where Rojas' body may be buried, but ended up finding nothing.

A recent specific tip led authorities to the area as the case has failed to produce strong leads in the case.

"We explored four areas of interest based on a scientific method and the tip we received. We've ruled out those four areas with negative results," Sgt. Megan Zabel said. "We're not ruling out the entire area as a possible location at this point."

She added that authorities are still hopeful that they will located the Rojas' body and said the investigation continues.

Since police announced the case was reopened during a Wednesday news conference, they said tips have been pouring in.

Police don't have a suspect in the presumed homicide. Although Rojas was going through a divorce, her estranged husband isn't considered a suspect. 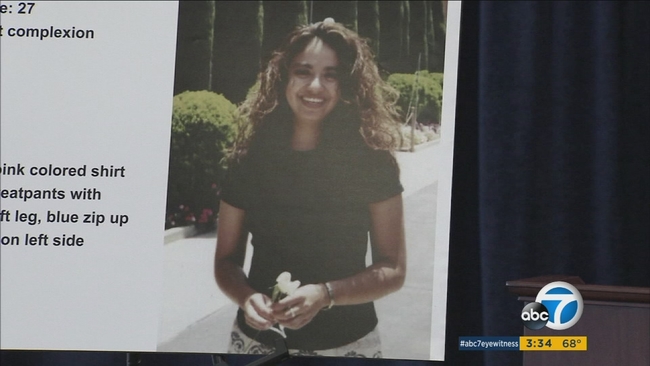