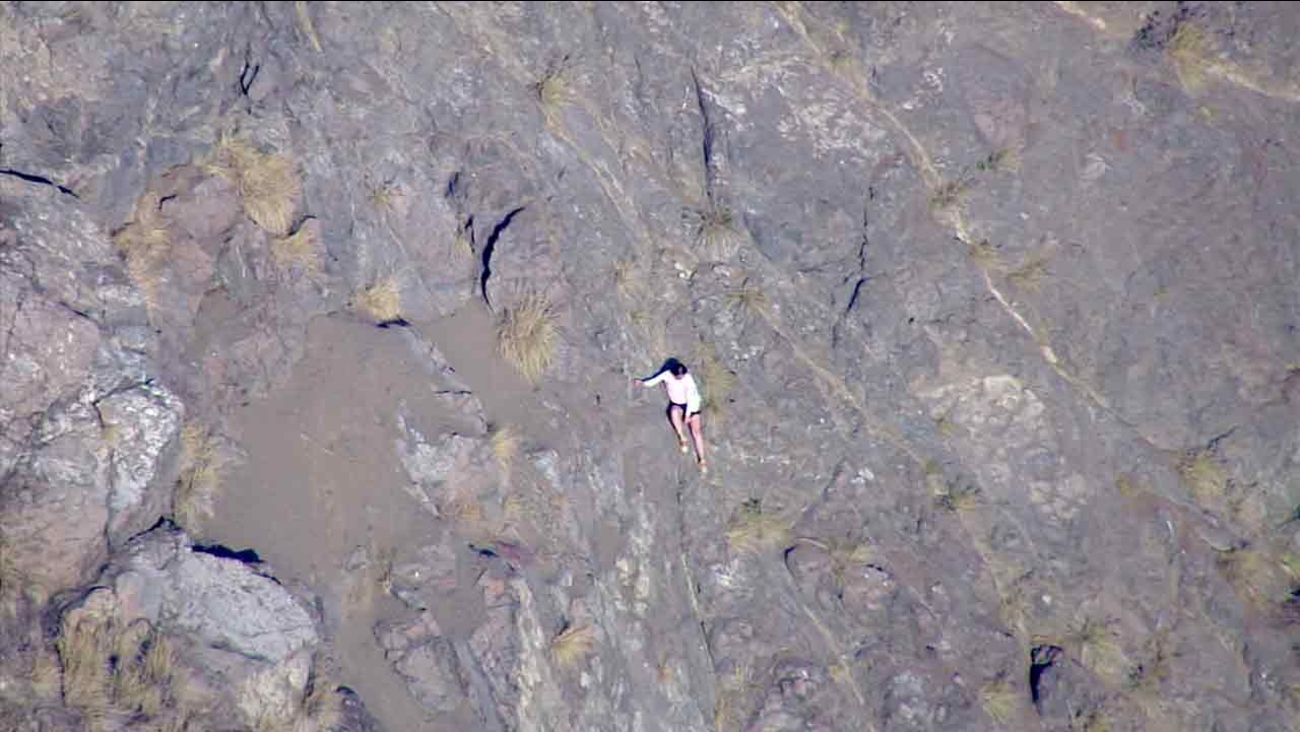 A distressed hiker is found on the side of a cliff at Griffith Park on Friday, May 13, 2016.

LOS ANGELES (KABC) -- A distressed hiker was rescued by Los Angeles firefighters Friday afternoon after being found on the side of a cliff in the Bronson Canyon area of Griffith Park.

The female hiker, who officials said was uninjured, was found holding onto rocks about 200 feet down the cliff in the 3200 block of N. Canyon Drive shortly before 6 p.m., according to LAFD officials.

Search-and-rescue crews performed a ground-based rescue and brought the woman to safety at about 7 p.m., fire officials said.

Air7 video showed Urban Search and Rescue crews and firefighters reaching the woman on the steep hillside. The hiker was then given protective gear before firefighters strapped her to a harness connected to a rope held by crews at the top of the cliff.

The hiker was then seen being safely brought down the cliff by two firefighters.