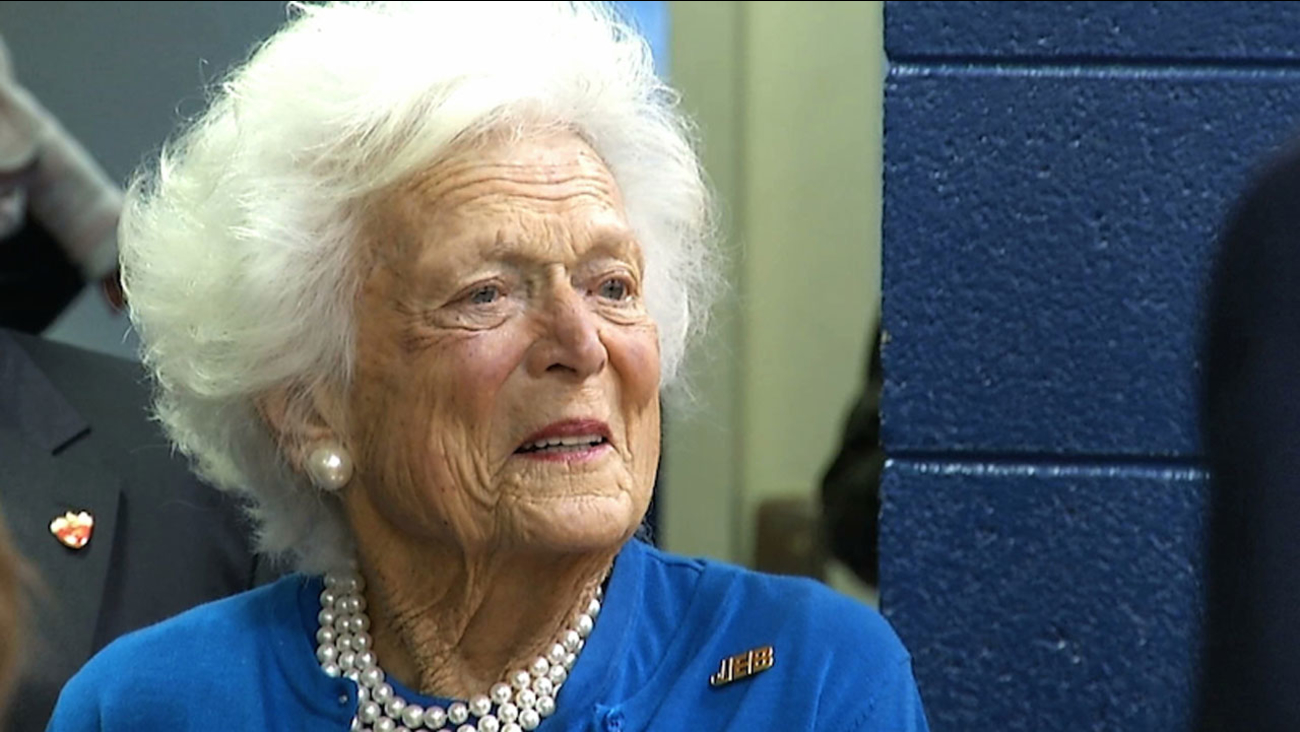 HOUSTON -- Barbara Bush, who was hospitalized with her husband George H.W. Bush, has been diagnosed with bronchitis, a spokesperson told ABC News.

Jim McGrath said the former first lady is still at Houston Methodist Hospital Thursday morning, along with her husband, who is fighting pneumonia.

The 92-year-old former president is in the ICU after checking into the hospital Saturday with breathing issues related to the illness.

Barbara Bush was taken into the same hospital Wednesday after experiencing fatigue and persistent coughing.

McGrath said Barbara Bush, who is 91, had not been feeling well for a couple of weeks and decided "to take it out of committee and have the experts check it out." He described the move as precautionary.

Her husband has been hospitalized several times over the last few years, including a stay at a Portland, Maine medical center in July 2015, when the former president broke a vertebrae in his neck while at his summer home in Kennebunkport.

Bush was also hospitalized at Houston Methodist Hospital in December 2014 after experiencing shortness of breath, his spokesman said.

The Bushes, who were married Jan. 6, 1945, have had the longest marriage of any presidential couple in American history. At the time of their wedding, he was a young naval aviator. She had been a student at Smith College.

After World War II, the pair moved to the Texas oil patch to seek their fortune and raise a family. It was there that George Bush began his political career, representing Houston for two terms in Congress in the late 1960s and early 1970s.

Bush, who served as president from 1989 to 1993, has a form of Parkinson's disease and uses a motorized scooter or a wheelchair for mobility. He was hospitalized in 2015 in Maine after falling at his summer home and breaking a bone in his neck. He was also hospitalized in Houston the previous December for about a week for shortness of breath. He spent Christmas 2012 in intensive care for a bronchitis-related cough and other issues.

Despite his loss of mobility, Bush celebrated his 90th birthday by making a tandem parachute jump in Kennebunkport, Maine. Last summer, Bush led a group of 40 wounded warriors on a fishing trip at the helm of his speedboat, three days after his 92nd birthday celebration.